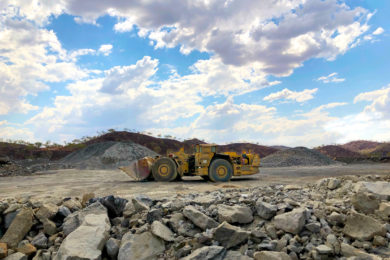 Already familiar with RCT’s Smart Technology – having implemented the company’s teleremote function on its machines at the previously-operating Savannah mine – Panoramic is aware of the safety aspects of the technology and looked towards an upgrade to further drive productivity and profitability, according to RCT.

RCT’s ControlMaster® Guidance Automation, Point-to-Point and G-Dash will soon be installed on the site’s existing CAT R2900 LHDs; allowing operators to safely control the machines from the comfort of an Automation Centre on the site’s surface.

In this instance, RCT will be retrofitting the site’s existing Telecabins, to make use of existing infrastructure.

These cabins will undergo a full refurbishment and be fitted out with the latest control chairs, Laser Guard containment and communication hardware features.

RCT will also provide specialised training for operators, to make them more self-sufficient on site to further reduce downtime.

Delivery of this project is underway, while Panoramic is due to start mining at Savannah North this quarter.

The project is expected to ramp up to full production over 15 months to a forecast life of mine average annual production rate of 10,800 t of nickel, 6,100 t of copper and 800 t of cobalt metal contained in concentrate.