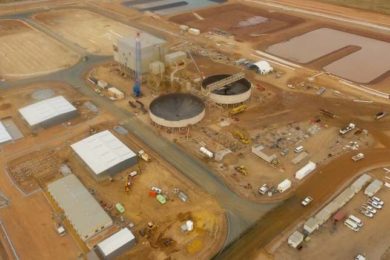 SIMPEC is continuing to win business in the Western Australia mining sector, this time being awarded a contract to install a flocculant treatment plant for Iluka Resources’ new mineral sands project in Cataby.

The A$1.7 million ($1.2 million) contract award will see SIMPEC, a subsidiary of WestStar Industrial, start work on the plant immediately. It is the company’s second award at Cataby, having successfully completed a key mechanical, electrical and communications contract in the construction of two separate accommodation facilities for use by Iluka and Tronox, respectively.

The plant package is a fabrication and construction project consisting of four tanks including structural, mechanical and piping works. The project will be delivered over a three-month period and forms part of a “complex mineral and chemical processing facility”, according to SIMPEC.

At Cataby, the heavy mineral concentrate produced at the site will be processed into final products at Iluka’s Narngulu mineral separation plant.

SIMPEC said the Cataby award builds on its portfolio of tank work packages carried out at the Talison lithium mine in Greenbushes, Western Australia.

With this award, SIMPEC has built an order book of A$9.5 million, with more than A$150 million of work tendered over the past year, it said.