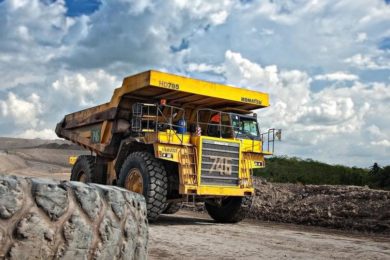 The acquisition is expected to provide a substantial jobs boon for the Upper Spencer Gulf town, according to CU-River Mining.

Construction will start once feasibility and approvals are complete, the company said, with more than 150 people employed at peak and up to 100 permanent positions to be created once the facility is in operation.

It is expected the facility will have an initial capacity up to 15 Mt/y. However, future export potential via a multi-stage development approach, is in excess of 50 Mt/y.

It is proposed the A$250 million ($181 million) port facility will be capable of handling iron ore, grain and other commodities. Barges will be loaded at the port then sail into Spencer Gulf’s deeper water to unload onto larger, capesize vessels, which have a capacity of approximately 175,000 t.

The company expects to begin operations within two years, which will lead to the return of commercial shipping to Port Augusta for the first time in almost half a century.

The retention of key infrastructure at the site, including a 5 km rail loop and unloading systems, made the 1,068-ha site an attractive proposition for CU-River, according to External Affairs Manager, Shelaye Boothey.

“CU-River has a strong project pipeline and an ambitious growth strategy that will see it headquartered in South Australia for decades to come. The purchase of the site is a significant, strategic decision that allows CU-River to secure a direct export pathway for the 15 Mt of high-grade iron ore magnetite it plans to mine each year from 2026.

“However, it is our intention to develop the port as a multi-user facility, providing Spencer Gulf and far-north industry with further export opportunities.”

The significant size of the site means there is considerable scope for the land to be further developed for a number of commercial uses, according to Boothey.

“We will be examining the feasibility of constructing a large-scale solar farm,” she said. “However, we will be exploring every option to ensure the site’s commercial potential is maximised. Further development of the site will result in more jobs for Port Augusta, making this an exciting prospect.”

The power station ceased generation in May 2016. Since that time, Flinders Power has been responsible for the decommissioning and demolition of the power station and rehabilitation of the site. It is expected the sale of the site will be finalised in early April 2019, once remediation is complete.

CU-River plans to continue with the Community Reference Group (CRG) established by Flinders Power after it acquires the site. This will provide key stakeholders the opportunity to work collaboratively with CU-River and provide an opportunity to contribute to the future planning of the site, according to the company.

CU-River Mining aims to be an important partner to the South Australia Government by helping achieve its Magnetite Strategy goal of producing 50 Mt/y by 2030. It holds four exploration licences covering approximately 3,000 km² in broadly the same vicinity as Cairn Hill (which has a 3 Mt/y capacity). Once these resources are brought into production our goal is to produce 15 Mt/y of magnetite concentrate.

Established in 2014, the company purchased the existing Cairn Hill iron ore mine, 55 km southeast of Coober Pedy. After an extensive A$20 million upgrade, CU-River started mining in 2016,  producing and exporting 1 Mt of magnetite ore in its first 12 months of operation. Production ceased in late 2017, but the company plans to recommence mining in the middle of this year.