Newcrest to apply ‘unique technical capabilities’ to copper-gold mine in BC, Canada 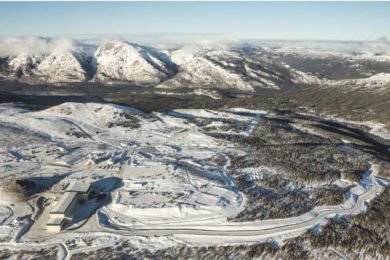 Newcrest Mining has entered into an agreement to acquire a 70% joint venture interest in Imperial Metals’ Red Chris copper-gold mine and surrounding tenements in British Columbia, Canada, for $806.5 million.

The deal will see Newcrest become Red Chris operator, in charge of deciding how to exploit the copper-gold porphyry open-pit mine.

Newcrest said the acquisition of Red Chris was “a measured entry” into North America and aligned with its stated strategic goals of building a global portfolio of Tier 1 orebodies where Newcrest can “deliver value through application of its unique operating capabilities”.

Red Chris comes with a mineral resource of 20 Moz of gold and 5.9 Mt of copper. The acquired property comprises 23,142 ha of land with 77 mineral tenures, five of which are mining leases, and sits within the traditional territory of the Tahltan Nation.

Newcrest Managing Director and CEO, Sandeep Biswas, said: “We are delighted to add this asset into the Newcrest portfolio. Following due diligence, we believe we can bring our unique technical capabilities to unlock the full value potential of this orebody in one of the premier gold districts in the world.

“We have identified a clear pathway to potentially turn this orebody into a Tier 1 operation. The geology of Red Chris is similar to our Cadia orebodies in Australia and we will be applying our considerable experience in exploration, open-pit mining, caving and processing to maximise the value of Red Chris and the opportunities in the surrounding region. We look at this opportunity in the same way as we do with Cadia, where we have proven we can create significant value from deep underground porphyry orebodies.”

Following the intensive due diligence process Biswas mentioned, Newcrest said it has a two-stage plan to deliver value from the acquisition:

Stage one will see the company apply its “Edge transformation approach” to the existing Red Chris open-pit mine and processing plant.

“Newcrest believes it can add significant value to Red Chris by applying the same Edge mind-set and approach that has led to significant operating improvements across all Newcrest operations over the last five years,” the company said.

As part of this stage, Newcrest said it will initiate an extensional drilling programme.

The current open-pit mine has an existing 11 Mt/y processing plant and associated infrastructure which allows ‘brownfield’ expansion options in the future, it added.

The company said: “Newcrest believes it can add significant shareholder value by applying technology to Red Chris that it has successfully applied at its other operations.”

Examples include block caving – “Newcrest believes the orebody has the potential to become a high margin bulk underground block cave. Newcrest will accelerate the necessary drilling and studies. Newcrest intends to conduct studies and review the ore reserve of the Red Chris operation to allow for reporting in accordance with JORC 2012 to take into account the potential transition to a future block cave operation.”

Coarse ore flotation could also be considered, the company said.

“Having demonstrated the recovery benefits of coarse ore flotation at Cadia, Newcrest will look to apply this technology to Red Chris,” Newcrest said.

And, then there is the application of one of the most popular technologies today: ore sensing and sorting, of which Newcrest said: “Positive results from trials underway at Telfer may lead to this technology being deployed at Red Chris.”

In terms of exploration, Newcrest said it would apply its experience in deep underground brownfield and greenfield exploration on the existing orebody and the broader land package to potential uncover more tonnes of copper and ounces of gold.

“Newcrest has identified opportunities to expand Red Chris’s mineral resources along strike and at depth in areas where there has been limited deep drilling to date. Historical shallow drilling indicates that there is also potential for further deep discoveries to be made in the larger tenement package.