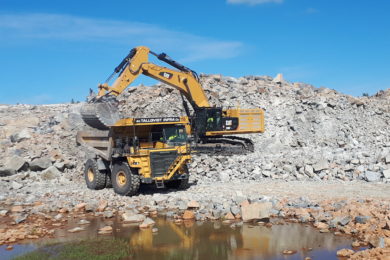 Nordic Gold has terminated its agreement with mining contractor Tallqvist Oy and decided to place the Laiva gold mine, in Finland, on care and maintenance, months after pouring first gold.

The contractor decision follows continued underperformance, resulting in a shortfall in tonnes and grade to the mill, Nordic Gold said. “Despite written warnings, only slight improvements have been made and the contract with the current mining contractor has now been terminated in order to reduce the outflow of cash,” the company said.

To further conserve cash, the Laiva mine will be placed on care and maintenance while an alternative contractor is engaged and additional financing is found, Nordic Gold said. Care and maintenance is expected to last for around three to four months, according to the company.

Nordic Gold said: “The process of engaging another contractor has begun. A scope of work has been issued and several competitively priced proposals have been received.”

Jett Capital Advisors, of New York, has been engaged to help Nordic secure $35 million in debt financing. This money will be used to restart the mine and mill and replace its current lender, according to the company. The company is currently in discussion with several parties interested in providing this capital.

In addition to replacing the current lender, these funds will provide working capital for ongoing operations and provide funds for drilling to expand the resource.

Since the first gold pour on November 30, Laiva has produced 6,920 oz of gold and received $8.8 million from gold sales.