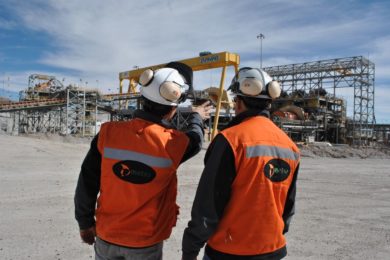 Metso’s March quarter results were bolstered by a rise in orders, sales and profit margin in the Minerals division, the company reported today.

The company noted the strongest growth within the division was from the equipment side, highlighting the second order booked for Albemarle’s new lithium project in Australia as a standout win.

Metso said in its announcement that market activity in both its Minerals and Flow Control segments was expected to remain at the current high level in both the equipment and services business.

“Our order intake was up 18% year-on-year and the growth was broad-based in both equipment and in services. Together with the healthy order growth of last year this has resulted in a solid order backlog, which we continue to deliver with better efficiency,” he said.

“The mining equipment market looks somewhat stronger compared to the other markets we serve, thanks to the mining customers’ plans to improve productivity and add capacity.”