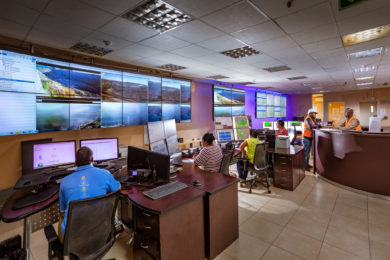 Anglo American Platinum, in its June quarter results presentation, has provided further detail on a range of initiatives it is working on as part of its “P101” and FutureSmart™ initiatives.

The company has been pursuing these developments to “drive improvement in operational performance from current levels”. The P100 benchmark represents “best in class in the industry”, while P101 represents operating assets and equipment at levels beyond what is currently thought to be possible in the industry.

Amplats has previously mentioned several technologies it is working on as part of its FutureSmart development, including “coarse particle flotation, which can reduce energy intensity by over 30%; advanced fragmentation and shock-break technology at concentrators, which has the potential to also reduce energy intensity by 30%; and fine recovery of chrome and PGMs, in conjunction with bulk sorting, which can lead to a 10% increase in feed grade and recoveries”.

In the June quarter results presentation, the company said it had made some headway on many of these.

In terms of bulk sorting technologies, which majority-owner Anglo American has been using in trials at the El Soldado copper mine, in Chile, Amplats said technology evaluation was progressing at its Mogalakwena PGM mine, in South Africa.

With the shock-break technology, Amplats said it had an “evaluation unit” installed at its Baobab concentrator, also in South Africa. Amplats has access to this concentrator through an agreement it signed with Lonmin (now part of Sibanye-Stillwater) a few years ago, with the company, previously saying use of the concentrator would allow it to process excess ore and unlock value at Mogalakwena (dispatch control room pictured).

The shock-break technology Amplats refers to uses VeRo Liberator® technology from PMS GmbH. Gregor Borg from PMS told attendees at MEI’s Physical Separation conference in Falmouth, UK, in June, that on an industrial scale, Amplats had already applied two customised VeRo Liberators at its South Africa platinum operations and had ordered a third which is due to be shipped. All three were specially designed to be used in industrial‐scale pilot tests at the miners’ operations, he said.

Coming back to P101, Amplats said its Shovel Performance project was in progress at Mogalakwena. This is seeking to increase the rope shovel performance at the mine from 26 Mt/y to over 45 Mt/y.

The coarse particle recovery technology – a core part of the company’s plan to ultimately eliminate tailings dams, according to Anglo American Technical Director, Tony O’Neill – is set for trials at Amplats’ operations in 2020, the company said.

At the same time as this, there was a fine particle recovery concept study in progress, as well as a prefeasibility study on fine chrome recovery, Amplats said.