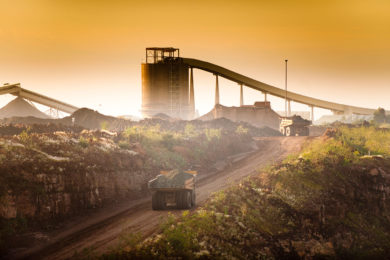 Debswana’s Orapa diamond mine in Botswana, the world‘s largest by area, will continue mining up to just beyond 2050, Orapa Letlhakane & Damtshaa (OLDM) Mines General Manager Bakani Motlhabani revealed to the country’s Weekend Post newspaper on the sidelines of the OLDM  50 Years Anniversary Celebrations in Orapa recently. Debswana 50 year’s celebrations were held concurrently around three sites, being OLDM, Jwaneng & the Stakeholders offering hosted by the Gaborone head office.

Motlhabani explained that OLDM with its three sites produce diverse diamond products, both in volume and quality. “We have the fancy gems from Letlhakane & Damtshaa Mine and the industrial diamonds from Orapa Mine. From 1971 to end of 2018 we have recovered approximately 400 million carats” he said. Signaling the mine’s ambitious future plans Motlhabani shared that the operation will going forward embrace technology to continue delivering increased shareholder value “As we tread into the interesting and exciting world of technology, innovation and creativity, we are finding it easier and even safer ways of recovering our resource resulting in even better performance results,” he said.

Orapa Mine was discovered in 1967 by a team of De Beers geologists led by Manfred Marx. It became fully operational in July 1971 when it was officially opened by the then President of Botswana, His Excellency Sir Seretse Khama. Currently Orapa is mining at a depth of 250 m and is expected to reach 450 m by 2026.

The resource consists of one volcanic pipe that separates into two distinct pipes at depth, namely north and south pipes which erupted through Transvaal strata and the overlying Karoo sediments over 200 million years ago. Production normally varies according to mining plans at an average of 12 Mct per year. Motlhabani told Weekend Post that in the past the equipment used in diamond recovery in the 1990s was archaic and not very efficient. “Old X-ray machines were replaced with energy efficient channel displacement machines that led to greater accuracy in recovery without relying on human intervention” he said explaining that it was such advancements that enabled the discovery of Okavango Blue, one of the rarest mineral finds in global history.

The 41.11 ct stone was unearthed from the underground terrains of the wide spread AK1 pit of Orapa mine and recovered at Plant 2 late last year then unveiled in May this year as a 20.46 ct oval shaped precious blue diamond after cutting & polishing. The highly anticipated Orapa mine expansion was also hinted by Debswana Managing Director Albert Milton at the stakeholder appreciation party held at the Gaborone International Conventions Centre (GICC) the same day.

Currently the mine is relocating an over 500m spread dump on the south side of the pit to the far western side to give way for Cut 3 core extraction boreholes. OLDM also recently closed and decommissioned Slurry Dams 2, a fines residual disposal facility that has been operating for years. The dam has been receiving residues from Orapa No 1 & 2 Plants. The mine is now developing a world class 6 cell fines residual disposal facility to accommodate Orapa Mine’ s remaining Cut 2 ore processing and further take in residues from Cut 3 and beyond. Milton hinted that studies were underway to assess the feasibility of the Cut 3 project with anticipation to expand the mine‘s lifespan by over 30 years.

Cut 3 will involve stripping away waste at the bottom of the mine, as well as widening and deepening the pit. The mine is expected to increase its fleet of trucks from the current 23 to 58. Works to give way for Cut 3 also include relocation of Training Centre and primary crushers.

This is based on an article published August 5, 2019 by Botswana Weekend Post reporter Alfred Masokola