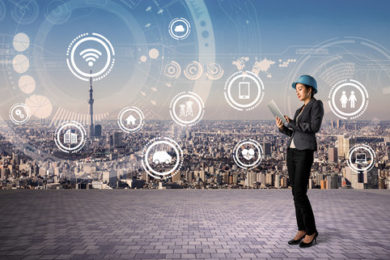 The Global Mining Guidelines Group (GMG) has published a new report describing “principles, priorities and a vision for commitment” based on content from the draft GMG Interoperability Definitions and Roadmap guideline.

It presents a consensus of the industry’s vision and direction for interoperability gathered through interviews and workshops with 17 mining companies on six continents, GMG said, adding that the draft GMG Interoperability Definitions and Roadmap guideline is the result of many workshops held over the last two years with over 120 participating companies.

“Interoperability is the key to success in automation, digitalisation and integration initiatives and achieving the sustainability, safety and productivity benefits associated with them,” it said. “As an industry that is becoming increasingly digital, poor interoperability presents growing challenges. Interoperability cannot be solved in a vacuum and coordination and alignment are needed to enable interoperability on a global scale.”

GMG Chair, Michelle Ash, said achieving mining company alignment on priorities, vision and guiding principles for interoperability was a “logical first step” as miners are the ones most immediately affected by the safety and productivity challenges associated with poor interoperability.

“A clear, unified voice from mining companies will provide the input mining equipment, technology and services companies and industry organisations require to adapt and develop new tools and processes effectively.”

She added: “This alignment will provide a foundation for building improved communication and collaboration between all stakeholders to drive the industry forward.”

This report is part of GMG’s Interoperability and Functional Safety Acceleration Strategy (IFSAS), launched in early 2019 with support from BHP and Rio Tinto. This strategy aims to facilitate collaboration and accelerate progress on interoperability and functional safety, according to GMG.

This working document will be updated based on continued industry communications and engagement. The company said: “Through IFSAS, GMG is facilitating further engagement based on the priorities and principles drafted in the report.”

More mining companies will be solicited for their input in this, with an IFSAS steering committee also established to drive international collaboration and accelerate “value realisation across the industry”, GMG said.

GMG says it is also engaging with other organisations working on interoperability initiatives, both inside and outside the mining industry, to improve visibility and prevent duplication of effort. A roundtable of organisations working on different aspects of the issue will be held in Perth, Australia, this week to drive this collaboration, it said.