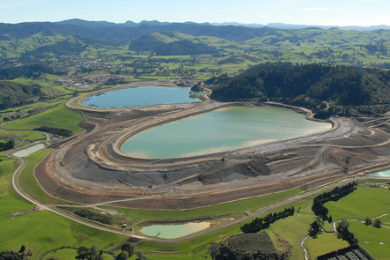 One year on from the Brumadinho dam collapse, ICMM CEO, Tom Butler, says the mining industry may have made progress with how it operates, but it still has much more to do to on the environmental, social and governance front.

The collapse, which reportedly killed 270 people, was attributed to poor internal drainage and intense rain among other factors, Vale said back in December.

In a statement, he said: “The dam collapse at Vale’s Corrego do Feijão mine in Brumadinho, Brazil, on January 25, 2019, was a human and environmental tragedy. One year on, we remember the victims of this catastrophic event and our thoughts are with those who have lost loved ones.

“The anniversary is a stark reminder that, while the mining and metals industry has come a long way in improving how it operates, there is still much more to do to safeguard lives, improve its environmental performance and demonstrate transparency.

“Shortly after the disaster, in an effort to drive change and establish best practice, the International Council on Mining and Metals (ICMM), United Nations Environment Programme (UNEP) and Principles for Responsible Investment (PRI) co-convened the Global Tailings Review to establish an international standard for the safer management of tailings storage facilities. The Global Tailings Standard, once endorsed by all three co-conveners, will be published later this year. The standard will become a commitment of ICMM membership and we will encourage others to join us in advocating for it to be adopted more broadly across the industry.

“In addition, ICMM is taking action by working in partnership – with technology providers, experts and researchers – to promote innovation in the monitoring and surveillance of tailings storage facilities and the development of alternative methods of mineral recovery to significantly reduce or eliminate the generation of tailings.”