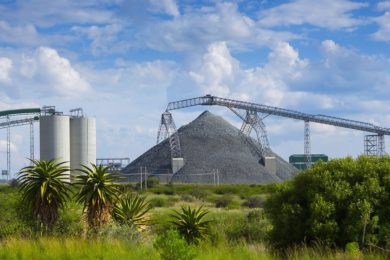 A major focus in Anglo American’s FutureSmart Mining approach to innovation and sustainability has been so called Coarse Particle Recovery (or Rejection depending on how it is used) using flotation. CPR essentially allows the flotation of particles at sizes two to three times larger than normal which can achieve significant gangue rejection ahead of primary flotation. In its 2019 results, Anglo Platinum has stated that a new CPR trial plant is to be built at the Mogalakwena North platinum concentrator in South Africa by Q1 2021. This follows successful trials and large scale plants being developed in copper mining in Chile and Peru, also by Anglo American.

CPR allows for the early rejection of gangue, and saves energy through eliminating the need to grind and process the rejected gangue material. Early removal of gangue also unlocks downstream capacity to accommodate incremental throughput. Secondly, the operation is able to more easily extract water from the coarse gangue reject, leaving a waste stream that is dry and stackable. Water savings are derived from being able to recover and recycle a greater proportion of the water used in in the process, thereby creating a drier and more stable mineral residue deposit. Overall CPR delivers lower energy and operating costs.