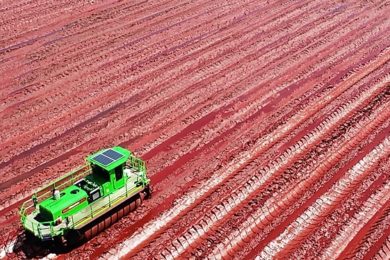 Phibion has stepped up efforts to bring its accelerated mechanical consolidation (AMC) technology to Brazil, having recently opened an office in Belo Horizonte, Minas Gerais.

Phibion explained the rationale for the move: “Recent catastrophic failures in associated tailings dams have highlighted the critical need for innovative and cost-effective technologies that can recover residual processing water from the tailings coupled with improvements in tailings density and strength.

“Remaining with conventional technology or trying to adopt cost-prohibitive technologies is not an option. Collectively, the mining industry, the regulators and the people of Brazil demand a new approach.”

Phibion thinks its AMC technology can help. AMC is a systematic and low energy tailings management approach that can reduce tailings volumes and deliver enhanced water recovery with the associated benefits of increased tailings density and strength, according to the company.

Phibion’s Global Business Development Manager, Marco Miranda, guides Phibion’s operation in Latin America and is now based out of the Belo Horizonte office.

Back in October, Phibion announced it was opening an office in Santiago, Chile, to service the rapidly growing mining and tailings management opportunities in Latin America.