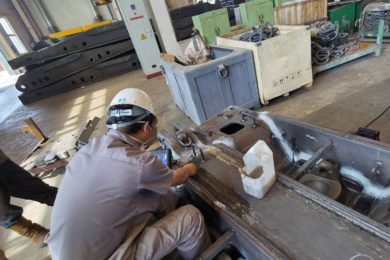 Technical Audit Sp zoo has been awarded a tender for the provision of design, technological and production audit services for the UK Anzherskaya-Yuzhnaya coal mine, in Russia.

The tender, which also includes the production and contract execution audit (control), involves the audit of the delivery of 120 powered roof supports for the mine.

Having been formed in December 2017, Technical Audit’s first order, in 2018, was an audit of the production of a longwall system for the Denisovskaya mine, owned by Russian coal company KOLMAR.

In 2019, the company also assisted Raspadskaya coal company with a tender process to select a supplier of the powered roof supports for its Uskovskaya mine.