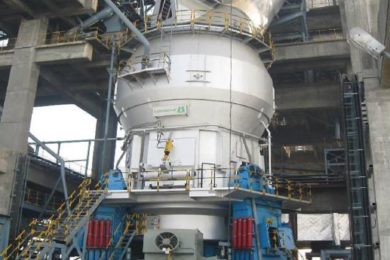 The agreement with the leading original equipment manufacturer (OEM) of VRMs will help the company as it moves to the next phase of the project, OZ Minerals said.

“By working in a collaborative, innovative and transparent way, we believe we will deliver superior outcomes for the project when compared to more traditional ways of engaging with suppliers,” OZ Minerals said.

In November 2017, OZ Minerals and Cassini, which owns 30% of West Musgrave, announced that the West Musgrave project would progress to a prefeasibility study. This prefeasibility study timeline was extended in 2019 to complete a detailed evaluation of additional value-add opportunities, the most significant of which was the use of a dry VRM to reduce power consumption.

The study, released earlier this year, showed off plans for a 26-year open-pit mine with “bottom quartile cash costs” and average production of circa-28,000 t/y of copper and circa-22,000 t/y of nickel in concentrates, OZ Minerals said.

It also included details of an “innovative mineral processing plant” that would be built on site.

The grinding circuit for West Musgrave was expected to consist of two stages of crushing followed by two parallel VRMs treating nominally 5 Mt/y each. The second stage of crushing and VRMs replaced a traditional SAG mill, ball mill and pebble crushing circuit.

OZ Minerals explained in the study: “Vertical roller mills are widely used in the grinding of cement plant feeds and products, slag, coal and other industrial minerals, with thousands currently in operation worldwide. The mill has benefits in reducing power consumption by circa-15%, no ball charge grinding media, higher flotation recovery and can be ramped up and down in response to the availability of low-cost renewable energy.”

The VRM uses compression-style comminution principles taking 75 mm rock to flotation feed size in the one machine, according to OZ, adding that the application of the VRM had reduced processing costs and provided a circa-2% improvement in nickel recovery compared with a previous scoping study.

“The technology has been peer reviewed for West Musgrave by an independent expert and has been substantially de-risked through a series of pilot tests whereby 5 t of West Musgrave ore has been tested,” the company said.

Reviewing the prefeasibility study, OZ Minerals Chief Executive Officer, Andrew Cole, said: “We have been able to achieve a further significant reduction in carbon emissions and power demand through the adoption of vertical roller mills as the grinding mill solution and a flotation flowsheet which achieves metal recovery at a much coarser grind size than was previously considered in the design.

“This lower power usage has resulted in a reduction in operating costs, while the use of dry grinding from the vertical roller mills has also resulted in an improvement in nickel recovery.”

Another innovation the company plan to use at West Musgrave include the use of hybrid renewables that could include a combination of wind and solar energy, battery back-up, and diesel or gas.

Mining at West Musgrave is modelled to be conventional drill, blast, load and haul and is assumed to be contractor operated during the first five years of operation, transitioning to owner operate in year six.

The haulage fleet will comprise up to 25 220 t haul trucks and optionality is being maintained to allow for these trucks to be fully autonomous in the future, OZ Minerals said.