Epiroc looks to halve CO2 emissions from customers’ use of equipment 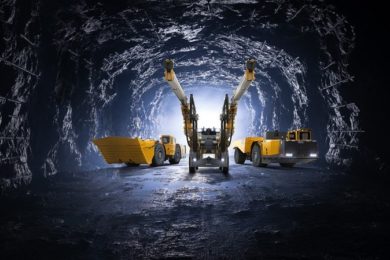 Epiroc has launched new sustainability goals for 2030 that, it says, further advance the group’s ambitions on issues such as climate change and diversity.

Sustainability is already integrated in Epiroc’s business operations and, this year, the group has established long-term sustainability goals that support the Paris Agreement and the UN 2030 Agenda for Sustainable Development, it said.

The new sustainability goals for the next decade include halving CO2 emissions from operations, transport and major suppliers, as well as from customers’ use of Epiroc equipment.

Helena Hedblom, Epiroc’s President and CEO, said: “Since the majority of the CO2 emissions occur in the use phase of our products, it is crucial that we not only limit our own emissions in operations and transport but also take on the greater challenge to reduce the emissions when the products are in use. We are working together with our customers to reduce the impact on climate.”

Epiroc says it is continuously innovating to make its equipment as climate-friendly and safe as possible.

Its new generation of battery-electric mining machines, which is generating strong interest from customers globally, is one example. Epiroc’s package of digital solutions, 6th Sense, including automation, also goes a long way to reduce customers’ environmental impact as well as to improve health and safety conditions, it added.

“With the new sustainability goals for 2030 we are taking our ambitions in this area to a new level,” Hedblom adds. “Epiroc is proud to help making the mining and infrastructure industries as sustainable as possible.”

Other examples of Epiroc’s new goals for 2030 include doubling the number of women in operational roles, substantially reducing work-related injuries, and further strengthening the group’s commitment to the company’s Code of Conduct.