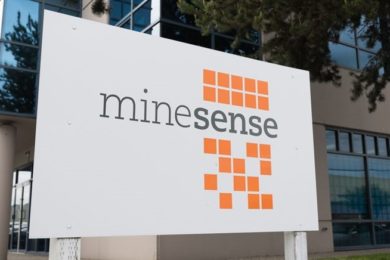 Bruce Ralston, British Columbia’s Minister of Energy, Mines and Petroleum Resources, recently opened the first day of the BC Responsible Minerals and Metals Virtual Summit on September 9 by highlighting the role that innovation will play in the future of responsible mining.

“MineSense’s work is a great example of the type of made-in-BC innovation that supports our goal of responsible raw-material extraction,” Ralston said. “The future of mining in this province will require greater collaboration between BC’s tech and mining sectors, so that cutting-edge technology like this can help advance responsible mining.”

The ICE funding will help the Vancouver-based company promote and sell its scalable digital-sensing platform. The platform gives mine equipment operators a real-time estimate of the ore grade at the point of extraction and enables mines to optimise metal recovery. The predictive on-bucket technology is being demonstrated on wire-rope shovels at the Highland Valley Copper (HVC) mine, owned by Teck Resources.

Ralston also spoke about the Mining Innovation Roadmap, one of the recommendations stemming from the Mining Jobs Task Force. The roadmap will be a forward-looking, co-ordinated plan to address challenges and capitalise on opportunities presented by the transformation of BC’s mining sector, which is being driven by digitisation, automation and workforce transformation. It will be released in the coming weeks.

The three-day summit, hosted by the Province, was another recommendation of the task force. It will focus on the opportunity BC has to play an important role in the global movement to responsible sourcing of raw materials and the transition to a low-carbon economy. It also addresses the importance of environmental, social and corporate governance in the future of mining.

The summit is continuing with sessions on September 15 and September 30. “The discussions that take place are expected to help to create an action plan for a responsible minerals and metals market strategy in BC.”

Michael Goehring, President and CEO, Mining Association of BC said: “BC’s mining sector is well positioned to be a responsible supplier of choice in global metals markets, given our low-carbon footprint, high environmental standards, community engagement practices and leadership in advancing economic reconciliation with Indigenous Nations.”

Jeff More, President and CEO, MineSense Technologies Ltd commented: “The ICE Fund has been instrumental to supporting our work to bring new, sustainable technology to the mining industry here in BC. The culmination of this funding is our technology now fully operating at two mines, to both increase their profitability and reduce their environmental footprint.”

This project is one of many funded jointly by ICE Fund and SDTC that is part of BC and Canada’s three-year, C$40-million Joint Call Partnership. The partnership was launched in March 2017 to support the development of pre-commercial clean energy projects and technologies.

The Mining Jobs Task Force was launched in 2018 to find ways to strengthen BC’s mining industry and the communities that benefit from mineral exploration and mining. The task force is built from a diverse membership, including First Nations, industry, an environmental non-governmental organisation, labour, post-secondary/training, the financial sector and municipal government.