Sandvik to show off newest battery-electric loader next week 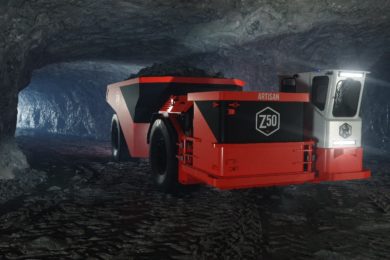 Sandvik Mining and Rock Technology is set to announce details of its new battery-electric LHD at its Innovation in Mining Virtual Event next week, Brian Huff, has confirmed.

Speaking on ‘The Next Generation of Battery-Electric Vehicles’ event on Tuesday, Huff, Vice President of Technology at Artisan Vehicle Systems, a Sandvik Mining and Rock Technology Business Unit, said a new machine would be announced on September 29 at the virtual event. He later confirmed the loader in question would be on show.

Not too many details were given away about this new BEV, but Huff confirmed it would be “another machine to fill out our weight class” and host, Martina Lundgren, said the loader represented the first joint project between Artisan and Sandvik since Sandvik acquired Artisan in 2019.

In addition to announcing this news, Huff also confirmed that “there will be a larger class…haul truck intended mainly for the Australian market” coming from the company in later years.

As it stands, the company’s largest payload battery-electric haul truck is the Z50 50 t machine (pictured), which has been trialled at the Barrick Gold-owned Turquoise Ridge gold mine, in Nevada, USA. 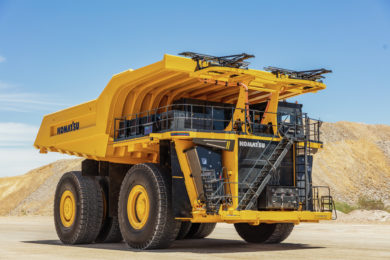