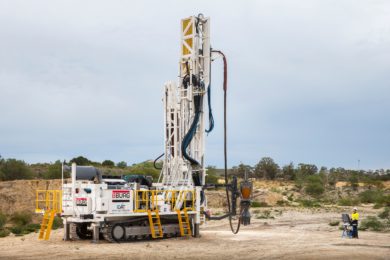 JSW Australia’s ambition to leverage the latest drilling and automation technology is coming to fruition with the deployment of a new high powered, small footprint drill rig to Fortescue Metals Group’s Solomon iron ore mine in the Pilbara of Western Australia.

The planned arrival of the HD2500RC was announced around a year ago.

Leveraging IDAT (Intelligent Drilling Applications & Technology) technology, developed by German manufacturer BBURG and customised in conjunction with IDAT, the rig underwent site commissioning in July and its initial production performance to date has been impressive, according to JSW.

The HD2500RC was designed especially for the challenging terrain at Solomon where the preparation of drill pads is difficult and expensive, the company says.

“With JSW’s years of experience on-site and first-hand knowledge of the challenges, along with IDAT’s technology expertise and BBURG’s engineering capability, we had a powerful collaboration for the development of the new rig,” JSW CEO, Warren Fair, says.

He said overall the rig was proving to be more productive, safer and quieter than the existing technology on site.

The HD2500RC joins other new technologies in JSW’s fleet including the Equus green drills developed specifically for bauxite mines and new drilling technology for magnetite mines being developed by IDAT in partnership with German manufacturer Bauer.

Fair concluded: “IDAT brings the technology, JSW brings the operational know-how. So far, it’s proving to be a winning formula.”