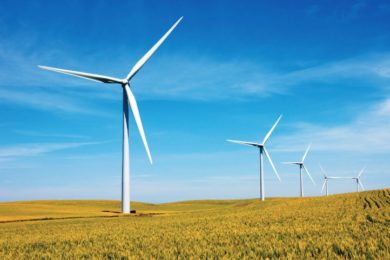 Newcrest Mining has entered into a 15-year renewable Power Purchase Agreement (PPA) with Tilt Renewables Ltd to secure a significant part of the future projected energy requirements of its Cadia copper-gold mine in New South Wales, Australia.

The PPA, together with the forecast decarbonisation of NSW electricity generation, is expected to deliver a circa-20% reduction in Newcrest’s greenhouse gas emissions and is a significant step towards achieving Newcrest’s target of a 30% reduction by 2030, the miner said.

Tilt Renewables is the owner and developer of the Rye Park Wind Farm, located north of Yass and east of Boorowa in New South Wales. From January 2024, when commercial operations are targeted to commence, Newcrest will contract for around 55% of Rye Park’s planned circa-400 MW output, which is equivalent to more than 40% of Cadia’s projected energy demand from 2024.

Rye Park Wind Farm, which comes with a capital expenditure bill of A$700 million ($530 million), will become the largest wind farm directly enabled by a corporate PPA in Australia, according to Newcrest, and the project is now expected to move from the development stage into financing and construction.

The PPA is conditional on Tilt Renewables achieving financial close for the project and is a contract for difference requiring no upfront capital investment by the miner. “The PPA will act as a partial hedge against future electricity price increases and will also provide Newcrest with access to large-scale generation certificates which it intends to surrender to achieve a reduction in greenhouse gas emissions,” the company explained.

“This is a critical step in our transition to sustainable energy use at our operations. As part of our Climate Change Policy, released last June, we have committed to a significant reduction in emissions intensity, and this agreement is a major step towards delivering on that objective.”

He concluded: “We continue to explore ways to reduce Cadia’s emissions intensity and our long-term aim is to virtually eliminate Cadia’s energy-related greenhouse gas emissions. In addition, we continue to pursue emissions-intensity reduction initiatives at our other operating sites.”