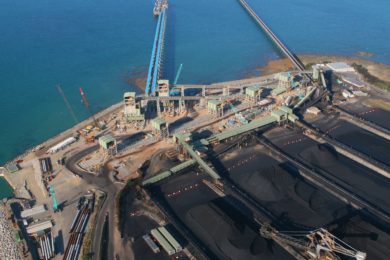 Civmec Ltd has been awarded a contract to manufacture wharf girders and associated structures for the development of port infrastructure at the Hay Point loading port, owned by BHP Mitsubishi Alliance (BMA), in central Queensland, Australia.

The BMA agreement will see Civmec make over 13,500 t of these girders and associated structures, with procurement and shop detailing activities commencing immediately and fabrication starting in the June quarter.

Loadout onto Heavy Lift Vessels is scheduled to start in early 2022, with the last vessel planned for load out in the June quarter of 2022. The project will employ over 350 people during fabrication and assembly at the company’s Henderson facility, in Western Australia.

Civmec’s Chief Executive Officer, Patrick Tallon, said: “The award for the Hay Point port infrastructure work is the second significant package of works that we have been trusted to deliver for this port upgrade. We look forward to delivering a high-quality product to McConnell Dowell to allow them to have a seamless installation at the site location and welcome the opportunity to work alongside all stakeholders on this project.”

These works are part of the Shiploader 2 and Berth 2 Replacement (SABR) project at Hay Point, which McConnell Dowell is heading up. The SABR project scope encompasses replacement of one of the three berths and shiploaders at the terminal.