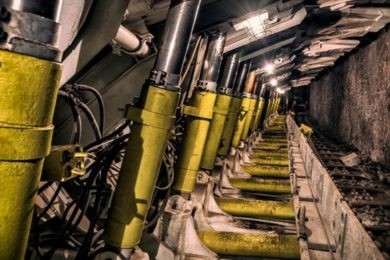 Canadian company Ficodis has announced the arrival of a new player in its team with the acquisition of IBS-TUBOQUIP. With four points of sales located in Val-d’Or, Rouyn-Noranda, Blainville and Saint-Leonard in Montreal, IBS-TUBOQUIP specialises in the distribution of power transmission supply and oils and lubricants and has a large customer base in the mining industry.

“The arrival of IBS-TUBOQUIP within the group gives us access to the mining industry market, a growing sector in Canada, while consolidating our expertise in power transmission, said Christophe Bévillard, President of Ficodis Group. In addition to being well established in the Montreal area, the company already serves the majority of mining sites in Quebec, including gold and lithium mines. It is strategic for Ficodis to position itself advantageously in this industry as metals are at the core of the Quebec governement’s electrification of transportation strategy.”

Founded in Val-d’Or in 1966, IBS-TUBOQUIP has about sixty employees in its four branches. Still directed by its Founder’s sons, Pierre and Louis LaRocque, the company specialises in the distribution of industrial hydraulic and power transmission equipment. Pierre LaRocque will remain as President.

“I have known Christophe Bévillard for several years now and it is with the utmost confidence that I am handing over the management of IBS-TUBOQUIP to him, said Pierre LaRocque, President of IBS TUBOQUIP. Ficodis is a company that shares the values that are dear to our team and it is important that our customers continue to be served with the same personalised and convivial approach that has made the success of the last 55 years. We are also particularly pleased to join a Quebec company, which will allow us to maintain our position as a local player.”