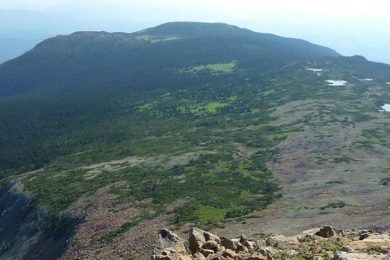 FPX Nickel Corp has highlighted the potential for its Baptiste project in central British Columbia to produce refined nickel with a significantly lower carbon footprint than other sources of production in the global nickel industry. These findings are based on the project’s recent Preliminary Economic Assessment (PEA), which outlined the development of a conventional processing facility powered by low-carbon hydro-electric power for the production of a refined, high-grade (63% nickel) product capable of bypassing smelting and being sold directly to end users.

“These results, taken in combination with the recent PEA, position Baptiste as a truly disruptive project in the global nickel industry, with the potential to become a significant nickel producer at both low-cost and low-carbon intensity for the electric vehicle battery and stainless steel markets,” commented Martin Turenne, FPX’s President and CEO.

“Importantly, these estimates of Baptiste’s carbon footprint do not account for the potential sequestration of CO2 in the project’s tailings, which our ongoing research collaboration with the University of British Columbia suggests could act as a sizeable carbon storage facility and further lower the project’s net carbon emissions below 2.40 t CO2/t refined Ni. Given the regulatory push by governments in Europe and elsewhere to impose maximum carbon footprint thresholds for electric vehicle batteries, we see the favourable positioning of Baptiste on the global nickel ‘carbon curve’ as a key differentiator for the project going forward.”

Based on the diesel and electricity consumption for mining and processing activities outlined in the PEA, the carbon intensity of Baptiste operations is expected to average 2.40 t of CO2 per tonne of refined nickel production over the project’s 35-year mine life.

The low carbon intensity of Baptiste nickel production is a function of several features specific to the project, including:

The Baptiste PEA demonstrates the potential for establishing a greenfield open-pit mine and an on-site magnetic separation and flotation processing plant, using conventional technology and equipment. At a throughput rate of 120,000 tonnes per day (or 43.8 Mt/y), annual production is projected to average 44,932 t nickel contained in ferronickel briquettes grading 63% nickel at C1 operating costs of US$2.74 per pound ($6,038 per tonne) of nickel.

Decar hosts a greenfield discovery of nickel mineralisation in the form of a naturally occurring nickel-iron alloy called awaruite, which is amenable to bulk-tonnage, open-pit mining. Awaruite mineralisation has been identified in four target areas within this ophiolite complex, being the Baptiste deposit, the B target, the Sid target and Van target, as confirmed by drilling in the first three plus petrographic examination, electron probe analyses and outcrop sampling on all four. Since 2010, approximately US$24 million has been spent on the exploration and development of Decar.