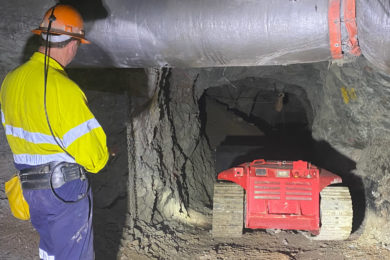 Mine Tech Australia says one of its clients in Western Australia’s Goldfields region is putting a DOK-ING XLPD Extra Low Profile Dozer through its paces.

Back in June, the company said it recently completed DOK-ING XLP system testing and operator awareness training in the lead up to mobilising the unit for this underground mine site trial. That trial is now underway.

“The client’s team on site have been putting the XLPD through its paces in real-life work environments and we have received overwhelming support for its effectiveness, versatility, and application in difficult underground mining applications working alongside their team of handheld mining specialists to improve their turnaround time for scraping-out slots and other development works,” the company reported.

Being designed to withstand the most severe working conditions in the mining industry, the XLPD has proven to be a safe and effective asset, Mine Tech, one of DOK-ING’s regional dealers, said.

As part of the Extra Low Profile segment, the dozer is suitable for activities in construction works, cleaning of production panels, sweeping and vamping activities, cleaning under conveyor belts and other hazardous environment operations, it said. This is where numerous attachments such as bucket, ejector bucket, dozer blade, brush and gripper tools come in handy.