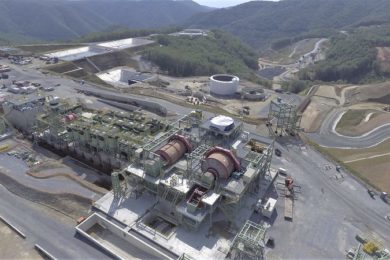 Eldorado Gold Corporation has announced its wholly-owned subsidiary, Hellas Gold SA has entered into an amended Investment Agreement with the Hellenic Republic to govern the further development, construction and operation of the Skouries, Olympias and Stratoni/Mavres Petres mines and facilities in northern Greece (collectively the Kassandra Mines).

The Agreement amends the 2004 Transfer Agreement between Hellas Gold SA and the Hellenic Republic, and provides a modernised legal and financial framework to allow for the advancement of Eldorado’s investment in the Kassandra Mines.

Eldorado stated: “The Agreement is mutually beneficial to Eldorado and the Hellenic Republic. For Eldorado, it provides investor protection mechanisms including a permitting framework similar to other large-scale foreign investment agreements in Greece. For the Hellenic Republic, it provides enhanced fiscal revenues, environmental benefits, and community development opportunities.”

The Agreement includes an optimised Investment Plan for the Kassandra Mines which will allow for:

“Today is a major milestone, marking a new beginning for the Kassandra Mines and for Eldorado Gold in Greece,” said George Burns, President and CEO. “This agreement is the culmination of dedicated, determined efforts and reflects a true desire from both parties to deliver a commercial framework that can realise the potential of the Kassandra Mines for all stakeholders. Both Olympias and Skouries have the potential to be tier-one assets that, when combined with the rest of our portfolio, will be transformational for Eldorado.

“We now have a modernised investment agreement that will provide a stable, commercial path for Eldorado in Greece, as well as a strong precedent for future investment in the country once ratified by the Greek Parliament. Together, we are building a positive legacy for generations to come as we continue to commit to operating responsibly and with care for local communities and the environment.”

Key benefits of the agreement

Next steps at Skouries

The company is advancing several key pieces of technical work on the Skouries project, including additional engineering and feasibility-level updates to the capital cost estimate. An application for dry-stack tailings was submitted to the Ministry of Energy & Environment in late 2020 with approval expected once the Ministry has completed its review. The Company is continuing to evaluate financing options for Skouries. Once re-started, the company expects to complete construction in approximately 2.5 years.

Skouries is a high-grade gold-copper porphyry project that is partially constructed and currently in care and maintenance. Skouries is expected to operate for approximately 23 years based on current reserves, initially as an open pit and underground mine, followed by underground mining only.

Highlights of the project as outlined in the Technical Report for Skouries dated January 1, 2018 include:

Olympias is a gold-silver-lead-zinc mine that Eldorado refurbished and put back into production at the end of 2017. Olympias produced over 58,000 oz of gold in 2020. The company’s current guidance shows production increasing to between 65,000 and 70,000 oz of gold a year in 2023. Olympias has a mine life of 21 years based on current reserves and outlined in the most-recent Technical Report (dated December 31, 2017).