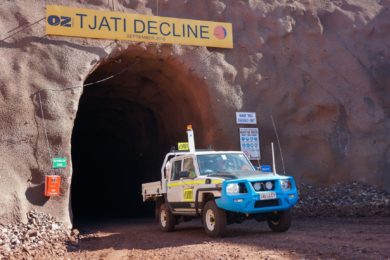 The Zero Automotive ZED70 Ti has become one of the first Australia-made street legal light electric vehicles to enter an underground mine after making a trip into the Tjati Decline at OZ Minerals’ Carrapateena copper-gold operation in South Australia.

The vehicle made the trip in January and, according to OZ Minerals, managed over four complete round trips ‒ from the surface to the bottom of the mine and back ‒ without requiring a plug-in charge.

OZ Minerals said: “A big shout out to Zero Automotive for their hard work in developing such a great vehicle and commissioning it for underground use within two days!”

In June 2020, it also outlined a prefeasibility study on an expansion of Carrapateena that included a trial of electric light vehicles and establishment of a renewable energy hub.