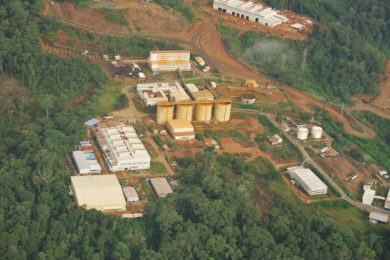 Nickel 28 Capital Corp has become what it believes is the first carbon neutral refined nickel-cobalt producer in the world through a transaction involving the purchase of 52,500 carbon offsets on the Verra Registry.

The carbon offsets will, it says, fully offset Nickel 28’s anticipated 2021 attributable greenhouse gas (GHG) emissions from the Ramu integrated nickel-cobalt mine and refinery in Papua New Guinea (pictured), an asset it owns 8.56% of.

Anthony Milewski, Chairman of Nickel 28, said: “We are incredibly excited to be one of the first, if not the first, producers of refined nickel and cobalt in the world to fully offset its carbon footprint.

“We feel strongly that each of us has an obligation to do our part personally and professionally to help stave off the negative impacts of climate change. As the world pivots to electric vehicles and other means of decarbonisation, it is imperative that the critical basic materials fuelling the transition have the minimum possible impact on the environment.”

On February 9, Nickel 28 announced it had completed an independent analysis on GHG intensity for the Ramu nickel-cobalt operation, confirming the operation is one of the lower GHG emitters in the nickel industry. Ramu’s average GHG intensity has been calculated at 15.6 t of carbon dioxide equivalent per tonne of nickel (15.6 tCO2e/t Ni) in mixed hydroxide product. This compared favourably with a nickel industry average GHG intensity of 36.6 tCO2e/t Ni as calculated by Wood Mackenzie, Nickel 28 said.

The company says it will continue to introduce greater environmental, social and governance transparency with respect to its assets in response to investor and industry trends.

“In addition to GHG emission reporting, Nickel 28 will be providing further clarity with respect to other key measures such as health and safety statistics, community investment, energy and water usage, rehabilitation, and land reclamation,” it said.

Nickel 28 currently holds an 8.56% joint-venture interest in the Ramu operation, with Ramu operated by the Metallurgical Corporation of China, which, along with its partners, owns an 85% interest in Ramu.