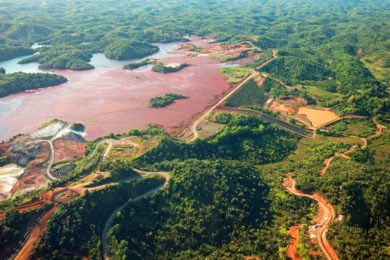 Two of the leading players in the monitoring industry, Geopraevent and IDS GeoRadar, both Hexagon companies, have introduced SLYX Slow Movement Analysis, a solution that they say goes beyond standard analysis of tailing dams. It incorporates the new Guardian algorithm developed in cooperation with Geopraevent, which “plays an important role for early precursors of potentially catastrophic tailing dams failures.”

To reliably monitor slow movements over several months or even years is very challenging especially on fixed, but vegetated slopes such as tailing dams, where the smallest movement can be a precursor of a slope failure. SLYX measures very slow displacements with “an unprecedented coherence” in the resulting data. The algorithm is based on an automatic selection of the most suitable measurements from the IBIS radar data and on a tailored evaluation for slow movements. This procedure gets even closer to the detection limits, accurately determining millimetre movements over extended time periods. 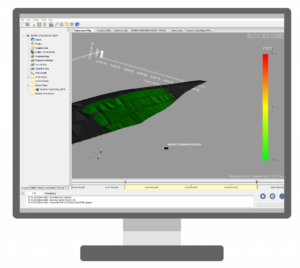 SLYX is integrated in IBIS Guardian with a dedicated interface for easier application. The analysis period and the measurement window for analysis are flexible and can be selected by each user. “The reliable and accurate measurement of small, slow movements is difficult. With SLYX Slow Movement Analysis, we launch a powerful tool that allows us to do just that. The SLYX algorithms make it possible to detect large-scale mm movements over several days to months that would normally be lost in instrumental noise,” said Lorenz Meier, Geopraevent CEO.