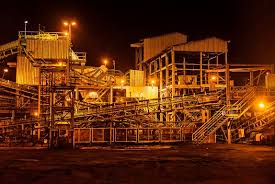 Morupule Coal Mine (MCM) has awarded a 5 year mining services contract to a joint venture between Bothakga Burrow, a local citizen owned company, and Basil Read Mining, the South African based company, for the development of an open cast coal mining operation at the MCM, Motheo project.

The BR-BB (JV) mining contract was signed off in April 2021.   Motheo is an expansion project established by Morupule Coal Mine to develop an open cast mine, a coal washing plant and associated infrastructure. The ultimate aim of the project is to facilitate MCM’s contribution to Botswana’s economic growth and transformation of coal into unlimited sources of energy.

The project is envisaged to increase coal production capacity from the current 2.8 Mt to 3.8 Mt per annum. The BR-BB joint venture (JV) will be responsible for the development of an open cast coal mine aligned with MCM resource development plan. The team will commence with site establishment and mobilisation by end April 2021.

Construction of the open cast operation will be aligned to the construction and commissioning of the coal wash plant, commonly referred to as the CHPP (Coal Handling and Preparation Plant). The CHPP is currently at structural construction stage with envisaged commissioning handover and first coaling by December 2021.

“The BR-BB JV contract award represents MCM’s commitment to the promotion of Citizen Economic Empowerment and making available more impactful opportunities to local procurement and local employment in Botswana. MCM is at the heart of a prosperous future for the nation. We have made it our mission to mine the coal that powers the nation for the benefit of all our stakeholders.”

Morupule Coal Mine has a mining lease area covering approximately 42,531.625 ha and a total inventory coal of 4,285 Mt both from indicated, inferred and measured resource categories: MCM 1, MCM 2, MCM 3 North and MCM 3 South. MCM is currently operating an underground mine at its MCM1 resource. The Motheo project will mine the MCM 3 resource block. The MCM 3 resource block alone has potential to supply power station grade coal for over 30 years.