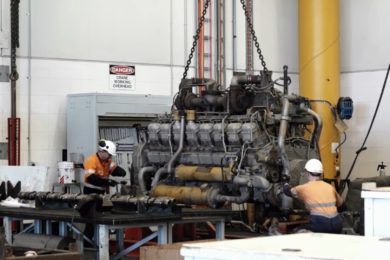 Rio Tinto, WesTrac and the Western Australia Government have agreed on a project that will see dozers from Rio’s Pilbara operations head to WesTrac’s Geraldton facility for rebuilds, with up to 54 machines committed between 2021 and 2025.

The project was negotiated between the State Government through the Mid West Development Commission and industry after feasibility studies identified WesTrac’s Perth and Pilbara facilities were at capacity and unable to accommodate the additional repairs and maintenance required by Rio’s mining operations.

The Geraldton facility will receive up to 12 dozer rebuilds annually, from various Pilbara operations, according to the statement.

The project will support two new, localised apprenticeship opportunities in the Mid-West as well as creating new local skilled jobs and providing pathways to employment with Rio Tinto, the government said. The project also reduces transport times and negates logistical difficulties mining companies face getting heavy machinery in and out of the metropolitan area.

“The state will look to expand the initiative into a cross-regional Smart Specialisation project with linkages to the Kimberley and Goldfields regions, using the Mid-West as a demonstration pilot,” it added.

MacTiernan said: “This is a fantastic initiative that will see more work carried out in our regional centres, rather than shifting to Perth. It confirms that geography is not a barrier to global success for our regionally-based METS facilities, but in fact an advantage.”

“By unlocking the capabilities of the Geraldton WesTrac branch, we are significantly reducing transport time by removing the roughly 900-km round trip to Perth. This will lower costs, improve productivity and reduce the risk of driving related incidents that can occur on congested metropolitan roads.”

WesTrac CEO, Jarvas Croome, said the company was committed to developing capacity and capability throughout the state.

“Like many providers in the METS sector, WesTrac is seeing strong demand across all areas of our business due to the level of mining and construction activity,” he said. “That applies to new and used equipment sales, training, maintenance services and equipment rebuilds, and if there are opportunities to expand our offerings in regional centres and provide efficient outcomes for our customers, we’ll happily consider them.”

As well as multiple metropolitan operations, WesTrac currently has branches in eight regional centres including the major Western Australia mining regions. The company also operates as the authorised dealer of Caterpillar equipment in New South Wales and the Australian Capital Territory.