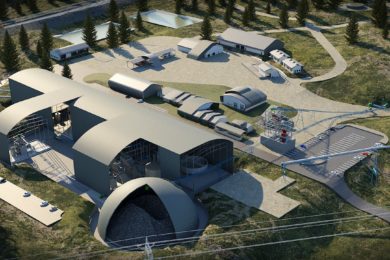 Nordic Iron Ore says it has appointed ABB to scope process control and management systems for a “future-proof and fully-digitalised mining operation” at the Blötberget iron ore mine project, in Sweden.

ABB, in this context, has provided mine design consultancy and recommended scope of supply for the opening of the old Blötberget mine near Ludvika in the Dalarna region of Sweden.

The Blötberget iron ore mine is expected to be operational in 2024. Iron ore was mined until 1979 when it was closed due to low iron ore prices. Nordic Iron Ore was formed in 2008 with the main aims of resuming mining operations in Blötberget and Håksberg and conducting exploration of the expansion potential of the Väsman field, together forming the Ludvika Mines, in southern Dalarna.

ABB’s recommendation addresses automation, digital and electrification for long-term, safe, sustainable and efficient mining operations at the site. ABB analysed a detailed feasibility study by Nordic Iron Ore and made significant advancement on the definitions and scope of supply of the automation and electrification aspects of the mine, it said. ABB also looked at electrical infrastructure requirements for the Blötberget mine, including surface and underground containers, switchgears and transformers.

Lennart Eliasson, Managing Director of Nordic Iron Ore, said in the latest press release: “Mining and the support industries are a significant part of the Swedish economy, with some of the most advanced and efficient mining operations anywhere in the world. There are many challenges when opening a new mine. We want to draw on the strong technology knowledge that exists in Sweden to open a mine with low environmental impact and footprint and that is also competitive and safe. The early involvement from ABB, which has a track record of working with innovative mines in Sweden, ensures that the construction, design and planning for the development of the mine can take a significant step forward and with improved costs and benefits forecast accuracy.”

Nordic Iron Ore and ABB will continue the development of the project and have recently signed a memorandum of understanding for further collaboration at Blötberget.