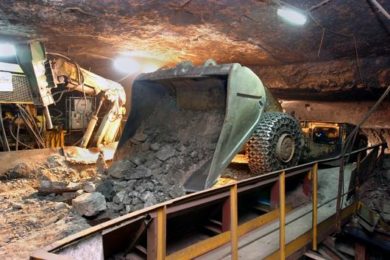 KGHM, the Polish copper and silver mining giant, has signed a joint commitment with the companies NuScale Power, an American leader amongst producers of small modular reactors technology, and with PBE Molecule, to develop SMR technology. NuScale’s technology for small nuclear reactors enables the production of clean, renewable and cost-effective energy.

KGHM, as part of its preparations to advance investments involving the building of nuclear power sources, has signed an agreement with an SMR reactor technology producer. Under the signed agreement, NuScale will support KGHM  with the implementation of SMR technology to replace existing coal-based energy sources. This clean energy is expected to provide power to the copper company’s production plants. This cooperation involves the development and construction of four small modular nuclear reactors (SMRs), with the option of up to 12 (with installed capacity of around 1 GW). This will potentially be the largest installation of its type in the world. Completion of the project is expected by the end of 2030.

“The changes in the climate are forcing us to take decisive actions. We are already feeling the impact, including in a financial sense, connected among others with the increases in energy prices. The construction of small nuclear reactors by 2030 is a solid declaration and an element our energy transformation. We are pioneers in Poland, as we expect that the first of our nuclear power plants will come online in 2029,” said Marcin Chludziński, President of the Management Board of KGHM Polska Miedź SA.

“SMR technology will not only help us to protect the environment but will also substantially reduce the costs of operating our business. This is one of the recently-announced initiatives aimed at growing the company, and we plan to generate power commercially in order to assist in the green transformation of Poland and bring down costs for the average household,” added President Chludziński.

In accordance with its signed commitment, KGHM Polska Miedź will not only be a recipient of the final product, but will also actively participate in the development of this technology.

“NuScale is thrilled to partner with KGHM and PBE on the potential deployment of NuScale Power plants in Poland,” said John Hopkins, Chairman and CEO of NuScale Power. “The retirement of aging coal-fired power plants is leading to changes in power generation, infrastructure needs, and workforce opportunity. NuScale’s SMR technology is an ideal flexible clean energy solution to repurpose retiring coal fueled power plants and most importantly, retain and retrain the skilled power plant workforce already in place in these Polish communities.”

The strategy being advanced by KGHM states that by the year 2030, half of the company’s power needs will be supplied by its own internal sources, including RES. KGHM Polska Miedź is advancing projects involving the construction of PV plants on the grounds of its facilities, is a signer of an agreement aimed at developing offshore wind farms in Poland, and is now adding energy from small nuclear reactors to this mix.