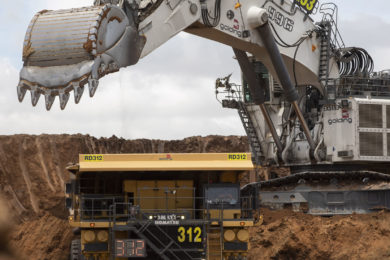 Golding Contractors, a subsidiary of NRW Holdings Limited, has continued to add new work to its portfolio, signing an agreement to introduce a seventh fleet at the Curragh coal operations in Queensland, Australia, and re-establish open-pit mining at the Broadlea pit, also in Queensland, for a member of the Fitzroy Australia Resources group of companies.

Back in August, Golding signed a letter of intent with Coronado Curragh, a wholly-owned subsidiary of Coronado Global Resources, to extend the current six fleet mining services contract beyond September 30, 2021. Negotiations to seal a binding agreement related to this LoI are ongoing.

The contractor has now signed a Letter of Direction with Coronado that would increase the mining plant at the Curragh Main Mine through the introduction of a seventh fleet for a 12-month period, commencing February 1, 2022. This is in addition to the current mining operations provided by Golding under the existing mining services contract.

Meanwhile, Golding has also signed a contract with a member of the Fitzroy Australia Resources group of companies to re-establish open-pit mining in the Broadlea pit for a period of six months, with work commencing in early November.

Fitzroy says of Broadlea on its website: “Broadlea is an open-cut mine located circa-7 km north of Carborough Downs, sharing key surface infrastructure including the coal handling and preparation plant and train load out facilities. Fitzroy has periodically operated Broadlea as a satellite operation during periods of favourable market conditions. The operation is currently on care and maintenance and Fitzroy continues to assess opportunities to restart production from the mine.”

Combined, this work is valued at approximately A$60 million ($45 million), employs 130 people and will be performed using existing Golding assets and hired fleets, the company said.