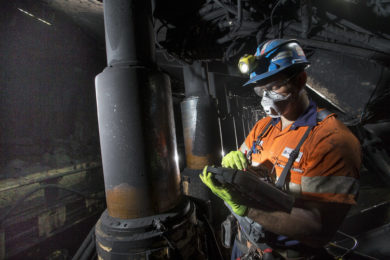 Anglo American plc has announced the safe restart of its Grosvenor metallurgical coal mining operation in Queensland, Australia, more than 20 months after a methane explosion that injured personnel led to longwall activities being suspended.

Anglo American received confirmation from the regulator, Resources Safety and Health Queensland, on February 16, 2022 that longwall mining operations could now recommence following the gas incident in May 2020.

Tyler Mitchelson, CEO of Anglo American’s Metallurgical Coal business, said: “We have been working towards a safe restart at Grosvenor for several months and today we are up and running having received our regulator’s approval last week. Over the past 18 months, we have worked with leading industry experts and invested significantly in automation technology, remote operations, gas management and data analytics, introducing a number of advancements in the
way underground coal mines can operate.

“Nothing comes before safety and I thank our workforce, our local stakeholders and our customers for their patience and support as we bring Grosvenor back into production.”

Last year, Anglo American Australia committed another A$5 million ($3.8 million) towards improving safety at its underground coal mines in the country following the release of recommendations from the Board of Inquiry’s report into the Grosvenor gas incident.

Following confirmation of the restart at Grosvenor, while export metallurgical coal production guidance for 2022 is unchanged at 20-22 Mt, due to the impact of COVID-19 in early 2022 and a later than expected restart of operations at Grosvenor, production is expected to be towards the lower end of the guidance range. As a result, unit cost guidance for 2022 is revised to around $85/t (previously circa-$80/t and compared to 2021 unit costs of circa-$105/t). These
figures are subject to the extent of any further COVID-19 related disruptions.