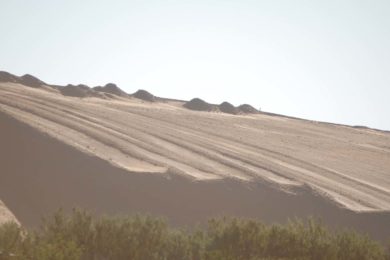 Tronox Holdings, the world’s leading integrated manufacturer of titanium dioxide pigment, recently announced that it has entered into a long-term power purchase agreement with the South African independent power producer, SOLA Group, to provide 200 MW of solar power to Tronox’s mineral sands mines and smelters in the Republic of South Africa. These include the world class KZN Sands Fairbreeze Mine in KwaZulu-Natal, the Central Processing Complex in Empangeni, the Namakwa Sands Northern Operations in the Western Cape and the Namakwa Sands Smelter.

The company anticipates the project should be fully implemented by the fourth quarter of 2023. It said the announcement is only one example of numerous projects and investments being pursued by Tronox to meet its publicly announced goal to align with a global warming scenario below 2°C and achieve net zero GHG emissions by 2050.

“Tronox’s renewable energy project with SOLA Group will reduce our global carbon emissions by approximately 13% compared to our 2019 baseline and has the full support of our Board of Directors and senior management,” commented Melissa Zona, Tronox Holdings PLC’s Senior Vice President, External Affairs and Chief Sustainability Officer. “This is yet another example of how Tronox is committed to being a leader when it comes to corporate sustainability and protection of the environment. In the past 18 months, we have taken a number of significant steps that demonstrate this leadership: restructuring our Board to designate a committee with specific responsibility for oversight of Environmental Social Governance (ESG); including annual carbon emission reduction targets in our executive compensation plan; publicly announcing a detailed roadmap for reducing emissions, including a target to reduce emissions by 15% by the fourth quarter of 2025; and, committing to being fully aligned to both TCFD and SASB reporting for 2021,” concluded Zona.

The execution of the agreements comes at a time when South Africa is in need of extra capacity to be added to its electricity network. “We are delighted to see that large scale energy consumers like Tronox are making use of the opportunity to convert to clean and cost effective energy,” says Chris Haw, Director and Co-Founder at the SOLA Group. “These types of projects are the fastest way to bring new generation capacity online and not only contribute to closing the electricity supply gap in our country, but also support the much needed transition to clean energy and modernization of our electricity grid.”

Switching from coal-based to renewable power in South Africa is just one way Tronox is implementing innovative technologies and best practices at its operating sites it says “to protect our land, water, air and ecosystems and operate more sustainably. Tronox is also investing in fundamental research and development to improve its feedstock upgrading and TiO2 production technologies to reduce emissions and developing tangible projects to reduce the amount of solid waste generated and water consumed. Tronox strives to establish itself as a role model for ESG in the mining and chemical sector. Through continued investment in emission reduction projects, Tronox is strengthening its commitment to sustainability in clear and tangible ways.”