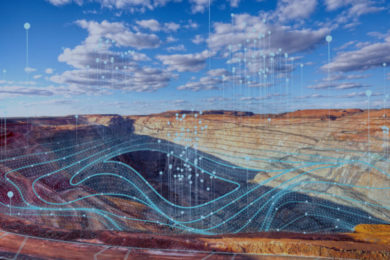 RPMGlobal (RPM) has announced another Software as a Service (SaaS) product offering that, it says, provides mining companies with the capability to undertake mine reserve calculations in a cloud environment.

RPM continues the acceleration of its technology suite to cloud technology following the launch of Haulage as a Service (HaaS), with Reserving as a Service (RaaS). The product has been co-developed with a Tier One mining organisation and is accessible via a cloud-based API.

As a true cloud native application, RaaS takes the resource intensive reserving process and places it in a cloud environment, leveraging the power of cloud computing and making it accessible from anywhere, RPM says. It can be deployed in either a secure public or private cloud infrastructure.

Users can upload block models and multi-stage pit designs in a variety of formats directly to the cloud. After providing some basic information such as material definitions, bench configuration and desired block size, the service will split the designs into mining shapes, returning a 3D solid of each block and a detailed breakdown of the reserves those shapes contain. RaaS leverages the reserve modelling capability within RPMGlobal’s Reserver product which, RPM says, has become the industry standard for reserving over the last 20 years.

The decision to configure RPMGlobal’s design and reserving package into a cloud-based application coincides with more operations choosing to leverage the extraordinary benefits of cloud-based computing.

RPMGlobal Chief Executive Officer, Richard Mathews said he envisioned a wide array of applications that will benefit from being able to calculate reserves in a cloud environment via an API.

“The real power of our cloud-based services such as RaaS, is that they can scale themselves based on real-time computing demand, allowing complex reserving calculations to be solved in a fraction of the time a traditional desktop application would require,” he said. “The move to the cloud is really changing ways we are able to solve complex problems.

“Modern mining operations require applications and platforms that can speak natively with cloud applications and their environments to achieve a holistic understanding of their digital mining data and that is what we are enabling at RPMGlobal.”

Mathews said the future of RPMGlobal’s innovative software products was as SaaS applications.

As the suite of cloud-based and SaaS solutions continues to grow so does the library of microservices underpinning the software. Microservices form part of a cloud native architectural approach where a single application is made up of many independently deployable smaller components.

“The microservice library is really exciting and is being used more and more, particularly in our mobile solutions,” Mathews said. “Our users are telling us that mobility and cloud architecture are both big priorities for them, so it is important that we are delivering in line with their needs.”