Barminco to help Evolution go underground at Cowal gold mine 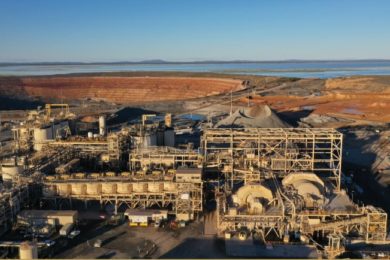 Last year, the board and regulators approved the development of the Cowal Underground Mine, which is set to provide a higher-grade ore source that will be blended with the current E42 open pit and stockpile ore. The development is part of the group’s goal of Cowal producing 350,000 oz/y of low-cost gold and extending the operation’s mine life.

Perenti said the award of this new contract significantly expands Barminco’s scope at the site to include the development of a second portal, all underground development and production works, and associated underground mining services required to support the continued mill feed of underground ore.

Mark Norwell, Managing Director and CEO of Perenti, said the award of the Cowal contract aligns with Perenti’s strategy of increasing its earnings in top-tier regions and with top-tier clients.

“The Cowal contract represents one of the largest underground mining projects in Barminco’s history, generating revenue of nearly A$520 million ($373 million) with an initial term of four years, from a contract commencement date in early July 2022,” Norwell said.

“This contract award represents not only a significant expansion and continuation of our first underground contract in New South Wales but is also a fantastic opportunity for Perenti to build on our strong working relationship with Evolution, one of Australia’s premier gold mining companies.”

Norwell explained that, between now and the end of Perenti’s 2022 financial year, the company will commence investing the capital required for this project with revenues and earnings ramping up in the 2023 financial year and beyond.

“The project represents a significant improvement to our Australian underground earnings base and will generate strong project cash flows and returns in support of our capital allocation and investment,” he added.