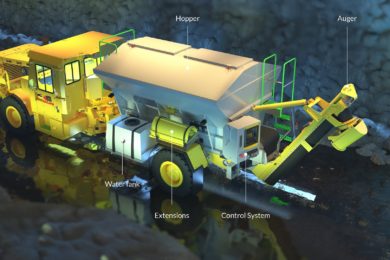 It isn’t often you see a real underground mining technology innovation – but the new MacLean BP3, featuring the Agilis mixing system, is one of them. It addresses the long standing problem of how to produce high quality and consistent wet shotcrete at the face without having to use trans-mixer trucks. The project has been a collaboration between RufDiamond, the Agilis mixing and delivery system designer, Bay-Lynx, the fabricator, and MacLean Engineering, which supplied the state of the art carrier to integrate with Agilis.

Agilis allows for an exact shotcrete mix design and volume (engineered shotcrete mix to be batched) every time to eliminate overages and shortages, with zero risks of emergency offloads and no waiting for ready-mix trucks or rejecting a “hot” load because it took too long to arrive on-site. It offers a 30 cubic metres per hour output, with no batch plant required but with consistent fresh maximum strength shotcrete and continuous pour capability. It also requires minimal washout (only the auger) with faster cleanup and less environmental waste. By nature, it reduces traffic both on surface and underground plus less staffing & equipment required to achieve equal production rates.

IM spoke to RufDiamond President, Daryl Adams and Global Product Manager – Shotcrete at MacLean Engineering, Jonathan Lavallee, about the development of the machine, from concept to reality, and which it has created such a stir already.

What is the basic advantage of the system in underground mining?

JL: In initial discussions with RufDiamond we immediately saw the potential advantages of the Agilis system – being able to utilise wet shotcrete in mining or civil tunnelling without having to put in additional underground infrastructure like batch plants and slick lines. You get to keep a similar storage and infrastructure set-up as you would with dry shotcrete. With this machine you can use any pre-mixed product to produce shotcrete, concrete or grout. It’s not that mobile batching hasn’t been tried before; basic volumetric mixing has been trialled underground in a number of projects as temporary batch plants but still with complications. Agilis produces perfect wet shotcrete using a much more robust and consistent system with the added benefit of additional quality control measures.

What is a volumetric mixer and why have they proved problematic underground?

JL: A volumetric mixer (VM) in one way is similar to Agilis in appearance, in terms of being a large mounted holding tank, except that the VM is often open topped while Agilis is enclosed, protecting the shotcrete mixes from moisture. But inside at the back end, the VM is a segregated series of bins with cement, aggregate and any required chemicals. These are weighed and measured within that enclosed system and batched out for mixing to produce shotcrete as required. But it requires time and finesse to get a quality product. Loads are often rejected due to non-conformance, because the material is either too wet or too dry. Agilis turns this on its head and utilises proper dry to wet supersacked pre-blended mixed product produced in the patented mixing auger with a precise amount of water to give a quality shotcrete in 20 or 30 seconds. Water can be stored in a 500-gallon tank. 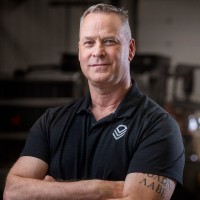 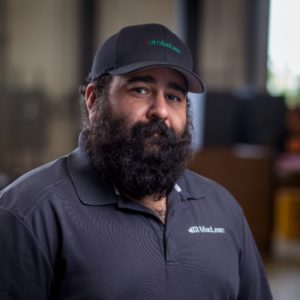 What challenges did you face in the development?

DA: The challenges are numerous, though we have overcome them all. One of the first is to have an auger system long enough to do a proper mix. If it’s too long you will be non-mine compliant because of height restrictions. Once you get your upper limit figured out, then you still need to ensure the bottom end has enough ground clearance when the vehicle is being driven around the mine. You then have to have an aggressive enough style of mixing auger and process to re-dampen the water dry material to ensure an optimum mix output. The Agilis system does not use we don’t need separate aggregate and cement bins, and we don’t use gates. Overall we were able to leverage technology with a bit of ingenuity to make it work. But again, all within the typical space limitations of an underground mine. We had to look at whether the auger would have to pivot left and right or if we could articulate the base vehicle to do that. Lastly, we also learnt a lot early on about the Agilis system from a offroad unit that was mounted on a crawler Powertraxx PT15 unit, designed for surface infrastructure markets.

Can you give an idea of the unit’s size and capacity, the steps and how you to record what particular mix was used?

DA: The Agilis system carries 6 m3 of dry pre-blended material, 500 gallons of water (that can be heated for colder climates) and provides 30 cubic metres of shotcrete per hour. The dry pre-mixed material is emptied from the totes into the watertight hopper and the BP3 drives to the underground location with no shotcrete production until then. You then select a pre-programmed mix design, press a button and being begin pouring. You can also load pre-stage totes onsite for continuous pour capability. Every time the Agilis mixes material all data related to the mix design is recorded, sent to a supervisor and available for printout should a project manager supervisor require information such as time, date, work location, product used, water ratio (including any adjustments) and strength.

So where were the synergies between RufDiamond and MacLean?

DA: It’s been a very good match. When we started this project, we were of the mindset initially that being based in Sudbury with some many equipment companies around we would make the Agilis carrier agnostic. So anyone could put the our system on their chassis. But after meeting MacLean and having some detailed discussions, their interest in making it a joint project was clear, and they saw the same industry pain points in underground shotcrete that we were trying to solve. They put our design through its paces from a visual, application and technology point of view including trials, and from there it became a joint venture – where we now exclusively work with MacLean. Carriers may look similar from the outside but we heard from many industry levels from executives to maintainers, mechanics and operators, positive feedback on the MacLean carrier.

Where is the project at today? What has been built and tested and where?

DA: For the Agilis mixing unit itself, we at RufDiamond, partnered with a specialist supplier and fabricator called Bay-Lynx several years ago; they are VM focussed but took our idea using pre-blended material in totes onboard even though it was initially outside their sphere. Once they saw how the system works they and their engineering team welcomed the project. Over several years we have produced a system that is ready to be combined with a MacLean carrier. We pre-sold a unit which is now in the commissioning phase. The MacLean carrier was sent from MacLean’s Collingwood site to the Bay-Lynx facility to be interfaced with the Agilis box mixing unit and further tested, after which the complete unit went to MacLean’s underground test facility on Magill Street, Lively for final commissioning then it went to the initial launch customer which is one of the large Sudbury nickel operations.

JL: The Bay-Lynx and MacLean engineers have been working closely together to ensure that the carrier and back end Agilis system interfacing is seamless, and as stated the testing at our R&D ramp in Sudbury Magill really put the machine through its paces before it went to the customer. We have also built a second machine which is at Magill awaiting confirmation of our second order. The amount of interest we have been getting on the system is pretty phenomenal. These initial units are diesel but of course with MacLean’s expertise there is the potential to supply a BEV version as well.