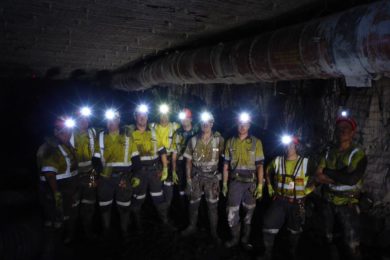 Appin mine is around 70 km south of Sydney and 37 km north of Wollongong, which produces premium-quality, hard coking coal for steelmaking, that is transported within Australia and around the world.

The scope of the contract includes providing supplementary labour for development, longwall, outbye and coal clearance processes. PIMS will require a variety of skilled personnel to support the increase to scope, from the previous contract.

Construction of the mine entry portals for the Whynot Seam bord and pillar operation is underway with the current project timeline requiring labour on site in January 2023 with a ramp up throughout the remainder of the March quarter.

The scope of the contract includes underground mining, employing the place change system and targeting run of mine production rates in the order of 900,000 t/y-1 Mt, PIMS said. During operation, PIMS Mining will work closely with the Maxwell leadership team to manage all aspects of the operations in the Whynot Seam, including planning, production of coal, maintenance and operation of all production equipment, conveyors, infrastructure and general mine construction, as well as ancillary activities.