Leica Geosystems Mining is officially launching its Latin American office at the Expomin show in Santiago, Chile, being held from 9-13 April 2012. The office will operate under the Leica Geosystems name. In 2007 Leica Geosystems purchased Jigsaw Technologies, a leading fleet management and high precision guidance technology provider, and has been operating out of that business until now. The company said the latest launch “heralds a move to clarify the nature of the business and its global standing.” A bank of new products, the Leica Jigsaw product suite, which are part of the amalgamation of both companies’ technology, has also been released, covering fleet management, production optimisation, high precision guidance and autonomous systems. The Jigsaw suite also includes the Jigsaw Positioning System, powered by Locata, which is an alternative positioning to system to GPS.

Another focus on the Leica stand will be the “revolutionary” J3chaos robot – a high mobility, completely remote-controlled robotic unit that Leica states has “immense, customisable flexibility.” J3chaos is an entirely unique offering through Leica Geosystems’ partnership with ASI (Autonomous Solutions Inc). With the 2010 Copiapo mining accident at the San Jose copper-gold mine capturing global attention of the world, safety is very much in focus – not only in the Latin American region, but also globally. In a move to offer a safer working environment, Leica Geosystems Mining partnered with ASI to offer fully and semi-autonomous remote-controlled mining operations. The J3chaos robotic platform is a remote-controlled robot that can fit into smaller and more spaces than any other, and as such is ideally suited to underground mining. The new Latin American office has a specific focus on this technology.

In other technology areas, the result of a strategic partnership with alternative positioning expert Locata Corporation is the Leica Jps ground-based high precision guidance network. Powered by Locata, this technology has seen a significant amount of interest across multiple disciplines. Whereever GPS, GLONASS or other signals are unavailable, Jps can run, either independently or by augmenting the traditional signals, for no downtime due to signal loss. Leica Geosystems Mining offers it exclusively to the mining industry globally. Expomin 2012 sees the release of the dual Jps unit – the next step in Locata technology for mining. 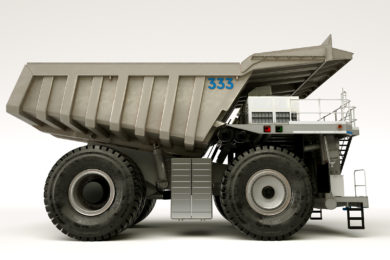 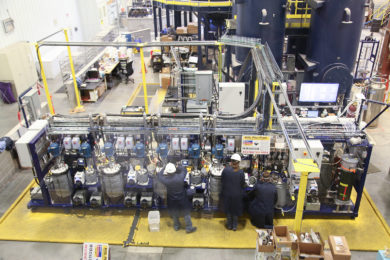 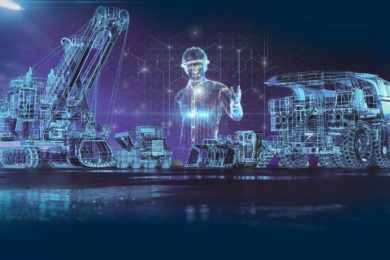