Saarland-based Kies-Hector now mines highly abrasive conglomerate with a Rokla Rockwheel D30 cutting unit on a 36 t excavator, replacing previously used scarifiers. According to Rokla, the use of this cutting technology has seen its output double and in some cases, triple. The gravel-sand-conglomerate in the middle bunter sandstone is being mined in an open pit mine belonging to August Hector KG near Saarlouis-Lisdorf.

“We are mining the oldest gravel in Germany in the ‘Erika’ field,” explains Technical Manager, Dipl Ing. Andreas Fink. The bed, laid down some 150 to 240 million years ago at the edge of the Paris Basin, has a thickness of 60 m. Below it lie layers of carbon. Extraction takes place between 230 and 180 m AMSL in compliance with mining regulations and the Rockwheel cutting unit can also be used in sandy groundwater. For decades scarifiers were used to mine the highly abrasive rock class 7 conglomerate. “The wear and tear was enormous. The extreme impact also placed huge stress on the excavator’s mechanics and the driver,” states Andreas Fink, explaining why Kies-Hector were looking for an alternative excavation method. Fink’s attention was then drawn to the technology provided by cutting unit attachments.

“Our mid-sized and medium-output cutting units have an extremely short construction and only three main components: housing, motor and cutting heads equipped with picks,” Rokla’s Managing Director Robert Piasecki explains. The company argues that an additional gearbox offers no benefits at outputs between 30 and 110 kW, but costs more money and makes the cutting units heavier. A gearless Rockwheel D30 was delivered to Kies-Hector in November 2013. This 1,200 mm wide, robustly constructed cutting unit with direct drive has an output of 110 kW. The two excavating drums are equipped with 60 wear-proof special picks for use in the abrasive gravel-sand conglomerate. These picks have a smaller “head” and larger “bodies” than slimmer traditional mining picks.

The unit is used on a 36 t Volvo EC360CL hydraulic excavator boom. Fink comments: “The bolts on the excavator boom are exposed to much less mechanical stress,” according to Fink. The Rockwheel D30 now mines 15 t/h at Hector’s site in Lisdorf. With a scarifier fitted to the same excavator, the output in the conglomerate layer, containing an extremely high proportion (95%) of quartz (silica), was only 4 t/h. In future the mine will use the Rockwheel cutting unit for removing rock from the vertical faces and for profiling in the 80° steep faces. Profiling precision on the steep faces has a direct impact on the mining yield. 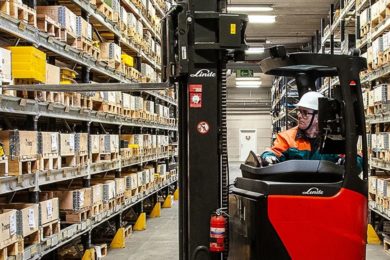 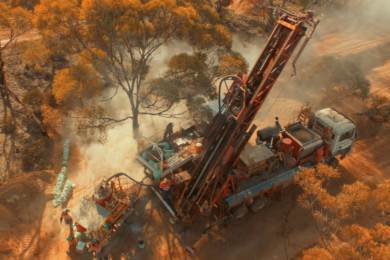 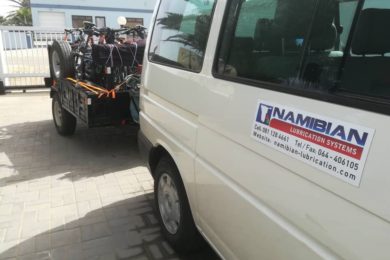