Further co-operation and major asset exchange between JENNMAR and DSI 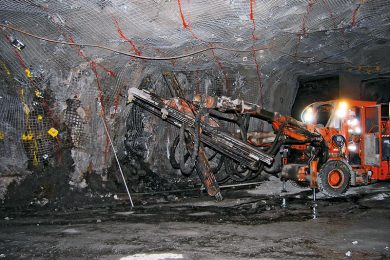 Frank Calandra, Inc (JENNMAR) has announced that the company has entered into five separate agreements with DYWIDAG Systems International (DSI), relating to exchanges of assets in the US and Latin America. JENNMAR is acquiring DSI’s US Mining Division to strengthen its domestic capabilities, while DSI is acquiring JENNMAR Latin America (Mexico, Chile, and Peru); as well as some JENNMAR assets in Europe in Australia. In addition, the two companies are establishing a joint venture in China.

JENNMAR will acquire 100% of DSI Mining’s manufacturing assets in the US and DSI’s entire mining division will be integrated into JENNMAR USA. Closing of the transaction is expected within 30 days. JENNMAR’s Executive Vice President, Tony Calandra commented, “DSI’s strong presence in western US hard rock mining will further strengthen JENNMAR’s position in this segment of the market. On the other side, its activities in coal mining will complement our existing strong footprint and close some gaps in our offering.”

Patrik Nolåker, Group CEO of DSI, commented on the transaction; “Soft commodity prices and supply/demand imbalances represent important challenges to our customers in mining. Through this acquisition DSI will combine the strengths of two well established market players, which will allow it to provide its customers a superior offering, both from an efficiency and a product & service portfolio perspective.”