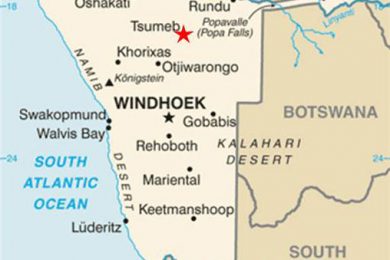 David Duckworth of consulting company Saint Barbara notes that “the issue of high-arsenic (high-As) copper concentrates has been highlighted recently with the start-up of a number of new projects producing this material.

“Copper concentrates can be divided into clean or complex types,” he writes in the company’s latest newsletter. ”The main impurities (deleterious or penalty elements) in complex concentrates are Sb, As, Bi, Cd, Cl, F, Pb, Hg, U and Zn. Each element has a threshold level above which a smelter will charge a penalty in addition to treatment/refining charges (TC/RCs). There may also be an upper limit over which the smelter will reject the concentrate. Penalty charges exist to cover the extra costs incurred by the smelter in processing and safely storing contaminated (deleterious) materials.

“Many copper smelters able to process “dirty” or complex concentrates prior to the 1990s, have either stopped this practice or closed for environmental reasons. These smelters include La Oroya in Peru, San Luis de Potosi in Mexico, Tacoma in the USA, Rönnskär in Sweden, PASAR in the Philippines and Kosaka in Japan.

“In the past, Godfrey and Nicholas-Herreschoff roasters were often used to fume off the As in very high-grade com-plex concentrates to produce arsenic trioxide (As2O3) and calcined copper concentrate with a much reduced As content. Roasters were either located at the mine site or adjacent to a smelter. The only such roasters in operation to-day are those at Tsumeb.

“During 2014, Codelco set up a strategic alliance with Ocean Partners to blend high-As copper concentrate from its Ministro Hales mine with clean third-party concentrate(s) bought in by both companies, at Ocean Partners’ concentrate blending facility in Taiwan. As the blended concentrate grades less than the Chinese custom cap of 0.5% As, it can be sold to Chinese smelters.

“EcoMetales‘ Copper Flue Dust Treatment Plant (PTPA for its acronym in Spanish) and Arsenic and Antimony Abatement Process (PAAA for its acronym in Spanish), located near Calama in Chile, treat smelter flue dust, refinery effluent and other solid hazardous wastes from Codelco’s Chuquicamata, Potrerillos (Salvador) and Ventanas smelter and refinery complexes. These products may contain up to 30% Cu and deleterious levels of As (5-17%), bismuth and antimony. In the PTPA plant, dust is acid leached to produce copper pregnant leach solution which is pumped 7km to Codelco’s Chuquicamata mine, where it is used to produce copper cathodes. The leaching waste (with 7% Cu) is dried and conditioned before being sent to the Chuquicamata smelter for processing.

“The PAAA plant treats copper-rich solution produced by the PTPA and leached waste from the PTPA, to recover copper, together with scorodite (FeAsO4·2H2O), the environmentally stable form of As. The scorodite is disposed of at a site 1km from the plant, which meets all environmental standards.

“One example is CESL high pressure oxidation technology, promoted by Teck Aurubis. A small industrial scale plant operated successfully from 2008 to 2010 for Vale in the Carajás region of Brazil. It is claimed that more than 99% of the As remains undissolved in the leach residue. The copper is dissolved and follows a conventional SX/EW route to cathode. Gold in the concentrate reports to the leach residue from which it can be extracted by cyanidation – with little or no dissolution of As. Silver could be treated similarly, although the quantity reporting to the leach residue is not determined.

“In the short and medium term, the problem of high-As copper concentrates will be alleviated somewhat by Codelco’s roaster reaching full capacity, the decline in the As level in the Toromocho concentrate, new mine capacity coming on-stream producing clean concentrates and a possible expansion at Tsumeb.

“In the long term, however, the trend towards the exploration of more difficult deposits will continue. Although these new projects will be delayed due to copper price decline, many of them will produce concentrates with elevated levels of As.

“The problem of treating high-As concentrate is not going to go away and will be overcome by continued blending, use of existing technology and the development of new technology.