Daniel Bongers, inventor of the SmartCap, inducted into the FLSmidth Safety category of the IM Technology Hall of Fame 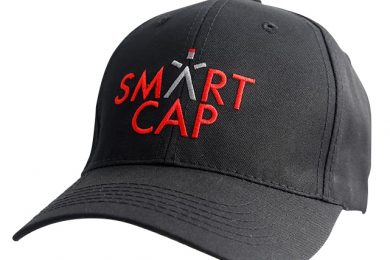 Dr Daniel Bongers, the inventor of the SmartCap will be inducted into the International Mining Technology Hall of Fame in the Safety category (sponsored by FLSmidth) at the gala awards dinner in Denver on February 20th, during SME Conference week. The SmartCap is a wearable fatigue monitoring technology that uses a modified baseball cap to read an individual’s EEG to determine their level of alertness. This level is used notify the operator/management of their elevated risk of having a micro-sleep/fatigue event.

Bongers is passionate about safety, and has worked tirelessly over the last more than a decade to ensure the success and widespread adoption of the SmartCap technology. Having been involved in all aspects of the SmartCap evolution and delivery since inception, he has worked with thousands of operators as well supervisors, mine managers and CEOs around the globe to help sites achieve genuine safety improvements. Though the SmartCap journey has been a long and bumpy one, Bongers has maintained an integrity of purpose and commitment to success.

His strive for technical excellence and commercial exclusivity saw him pursue and achieve the world’s first independent validation of a fatigue monitoring tool, cementing the SmartCap as the new golden standard. This achievement was the catalyst for increased transparency and validation efforts amongst all related technologies, giving mining operations more informed choice and driving innovation in the field.

SmartCap says it “represents the most accurate fatigue monitoring technology available,” which has seen its widespread adoption in both heavy and light mobile mining equipment. This technology has made an impact in operations in Australia, Southern Africa, and South America. SmartCap has become integrated into daily operations, and is an integral part of fatigue risk management systems and employee assistance programs.

A New South Wales, Australia group of coal mining operations has celebrated a milestone of 1,000,000 hours of SmartCap use, over which time were zero fatigue incidents. This unprecedented result is being attributed to the detection capabilities and subsequent culture change associated with the SmartCap technology.

At an individual level, a number of operators have been able to identify previously undiagnosed sleep conditions or other fatigue-related health issues using SmartCap. With treatment and ongoing management, these operators are now more alert, making their workplace safer for themselves and their colleagues. Furthermore, these operators are enjoying a dramatically improved quality of life since the change.

The most pronounced effect of SmartCap to date is its ability to facilitate cultural change on-site, by giving a language to the previously vague concept of fatigue.

SmartCap has become a household name in the mining industry, and continues to help thousands of mine workers get home safely each day.