Talison Lithium to double output from Greenbushes mine 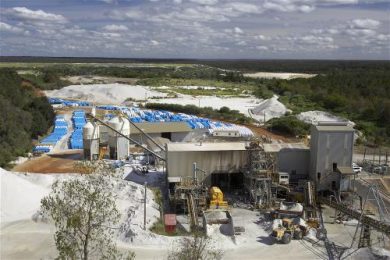 Albemarle Corp, a leader in the global specialty chemicals industry, has announced that Talison Lithium, a joint venture between Albemarle and Tianqi Lithium Corp, has approved the expansion of lithium concentrate production at its Greenbushes, Australia spodumene mine. Greenbushes is the world’s largest active lithium mine. It has the largest known hard rock lithium reserve, and contains the highest concentration of lithium oxide available of any active mine.

“This project is integral to our announced lithium expansion plans so that we can meet the growing needs of our customers,” said John Mitchell, President, Lithium and Advanced Materials for Albemarle. “The expansion of the mine and ore upgrading facilities is a key deliverable in our supply strategy to grow total combined lithium carbonate equivalent (LCE) production to approximately 165,000 t/y early in the next decade.”

The expansion is intended to more than double the LCE capacity at Greenbushes from 80,000 t to more than 160,000 t/y, of which Albemarle has a 50% interest in the offtake. Commissioning of the expansion is expected to begin in the second quarter of 2019.

Albemarle, headquartered in Charlotte, NC, is a global specialty chemicals company with leading positions in lithium, bromine and refining catalysts.