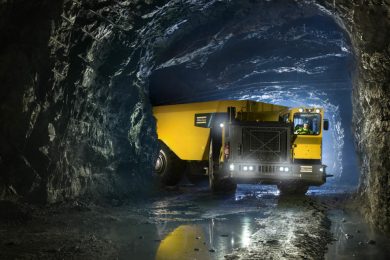 Atlas Copco, a leading provider of sustainable productivity solutions in mining, has stated reecently that Epiroc will be the name of the company that the Group will dividend out in 2018 provided shareholder approval. “With Epiroc we have found a short, distinct and timeless name that is spot on for the mining and civil engineering business,” said Annika Berglund, Senior Vice President Corporate Communications and Governmental Affairs.

On January 16, 2017, Atlas Copco Board of Directors announced that it will prepare a proposal to the Annual General Meeting 2018 to split the Group into two companies; Atlas Copco, focused on industrial customers, and another one – now named Epiroc –  focused on mining and civil engineering customers. The plan is to have both companies listed on the Nasdaq Stockholm stock exchange. Epiroc was selected out of almost 1 000 names evaluated. Epi is a prefix meaning “on” or “at” in Latin and Greek.  Roc signals stability and durability, and rock is one of the most important materials that the company works with.
In the wider market, the company has won several recent orders from Hindustan Zinc in India for equipment that will make the mining company’s operations take a leap forward in efficiency and become more digitalised.
Hindustan Zinc, a long-time customer of Atlas Copco, is significantly increasing its underground mining output. As part of this shift, Hindustan Zinc is automating much of its operations, increasing productivity and safety. The recently placed orders include drilling rigs, loaders, haulers (including the MT65) and exploration equipment which will be used in five of its mines in northwestern India. The orders total €24 million and were received in the first and second quarters of 2017.

Automation and other high-technology features of the equipment are enabled through the common Rig Control System (RCS) platform. Most of the machines are equipped with the telematics solution CERTIQ, which gathers, compares and communicates equipment information and performance. The equipment supplied will also be covered by a separate comprehensive agreement for service and support for a period of five years from date of commissioning. Hindustan Zinc, a Vedanta company, is India’s only and the world-leading integrated zinc-lead-silver producer.