Graphite to 2026 – concerns over supply due to electric vehicles 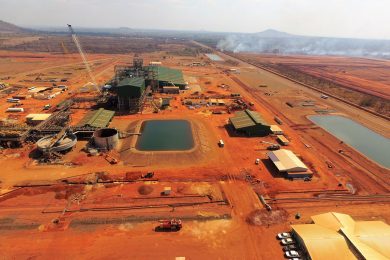 Roskill notes graphite supply concerns hitting the headlines again because it is becoming clear that the electric vehicle revolution will have a faster than expected impact on raw materials. “Despite their name, the lithium-ion batteries that will power this revolution are heavier consumers of graphite than lithium.

“New opportunities are arising within the natural graphite industry as companies develop flake resources in Mozambique and other parts of Africa. Around three-quarters of all new capacity (outside China) could be in Africa, where several credible flake graphite projects are being investigated. Other potential new sources are in Australia, Canada, India, Russia and the USA.

“Growth in flake demand has previously been driven by refractories but rapid growth of 16-26%/y is now expected from the battery market, leading to unprecedented demand over the next decade. High consumption of flake graphite is required to account for the very low yield rates in the processing of flake graphite into spherical graphite, for use in lithium-ion batteries. China may seek even more control in this changing industry. Roskill analysts in China are monitoring this situation on the ground.

“A new round of nationally-led plant inspections in China in 2016 and 2017 has reduced flake graphite production by around 30%. Consolidation has taken place in the major producing areas and is expected to continue at a low level. Leading manufacturer of lithium-ion anode material, BTR New Energy, has just signed a new binding off-take agreement for the supply of flake graphite.”

The Balama project, plant construction pictured, is situated in the Cabo Delgado province of northern Mozambique, some 200 km west of the port town of Pemba. Balama is a simple, open-pit mining operation with a low strip ratio. Operations will commence as free-dig mining within the high grade pits of Balama West, using conventional truck and shovel mining. The key operational and financial metrics of the Balama Project are summarised in the following table: