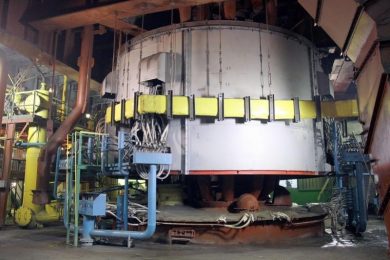 Benedikt Sobotka, CEO of Eurasian Resources Group (ERG), one of the world’s leading diversified natural resources groups, offers his outlook on base metals and Chinese demand for commodities as the annual gathering of the global metals community in London, LME Week, opens.

Q3 2017 has clearly demonstrated the resilience of the Chinese economy, which saw 6.8% year on year GDP growth recorded. China has been the main driver of the 5-15% price moves in industrial commodities during Q3 2017. The key question for investors now is: what will be the pace of Chinese growth following the 19th Communist Party Congress? We believe that the pace of China’s growth will be steady rather than slow in comparison to previous figures.

Visible copper cathode stocks in China are at the lowest level in almost a year and scrap supply is tightening, meaning that any supply shocks could trigger surprise price hikes. The Chinese government’s efforts to tackle pollution will undoubtedly continue in 2018 and are likely to restrict scrap supply further as the country prepares to enforce the partial ban on scrap imports. In the medium to long-term, the fundamental outlook for copper is amongst the strongest of all metals. The lack of major copper plants due on stream; growing demand from the clean energy sector; and major infrastructure projects, notably the Belt and Road Initiative, should propel copper onto a path of substantial market deficits in the years to come, causing prices to rise.

As of late October, the LME cobalt price is up more than 80% YTD, and long term demand growth for the metal continues apace. We estimate that cobalt consumption in EV batteries will grow at a compound annual growth rate (CAGR) of 33% by 2021.

Globally, electric transportation is growing exponentially: all major auto makers are planning to launch dozens of new EV models. Even companies with a vested interest in the oil industry are expecting an inevitable shift to EVs. Vitol, the world’s largest oil trader, expects the oil industry to shrink after peaking around 2028-2030 as a result of the global shift to electric cars. Ben van Beurden, CEO of Royal Dutch Shell, also believes that demand could peak in the late 2020s and is stepping up the company’s investment in alternative energy as a result. Other major oil companies continue to invest in electric charging stations as part of their wider forecourt offering. We estimate that by 2019, the cobalt market’s supply demand gap will be at its largest in at least ten years. ERG’s Metalkol Project RTR in the DRC will help to fill this gap: the project will be one of the world’s largest suppliers of cobalt and remains on schedule to achieve initial production at the end of 2018, ramping up to 14,000 t/y in 2019. This amount will be enough to produce up to 1.5 million high-end electric vehicles.

Ensuring that sustainability obligations are met is the goal of the recently launched Global Battery Alliance, a World Economic Forum initiative of which ERG is a founding member. The Alliance aims to create a responsible, child-labour-free supply chain for the markets of electric vehicles, gadgets and consumer electronics.

ERG believes that iron ore prices have now corrected close to fundamentally justified levels, and will stay mostly within the $55-65/t range over the next 12 months. Its long-term outlook on iron ore remains constructive. Whilst steel prices are likely to stay high during the winter period, lower production volumes due to strict seasonal air pollution control in China will impact iron ore demand.

ERG thinks that 2018 could bring a few surprises in the aluminium market. Chinese authorities have still not provided a clear indication as to whether this winter’s ‘War on Pollution’ initiative will be repeated in 2018. China’s move to curb illegal capacities was followed by extensive environmental audits and production cuts across the supply chain. As a result, continued aluminum supply curtailments as well as shortages of bauxites, alumina and anodes in China could push aluminum prices towards $2,500/t.

We are approaching the most important period for contract negotiations, which should begin during the LME week. Although there have been a few rough patches in 2017, on the whole this has been a good year for producers. ERG is confident that the global mining industry is firmly on the road to recovery and once again becoming a source of strong returns in investment portfolios.

In the ferrochrome market, a period of high, winter electricity tariffs in South Africa led to a 50% Y-to-Y decrease in exports to China in June and July which, coupled with a positive market outlook for stainless steel, caused Chinese ferrochrome prices to rebound in Q3 2017. Positive market sentiments are reflected in the announcement that the Q4 2017 European Quarterly Benchmark for chrome is set at $1.39/lb exceeding ERG expectations by showing more than a 26% Q-to-Q increase. The company maintains a positive outlook on the prospects for the world stainless steel market in Q4 2017 and beyond due to the growing demand for key end-use product segments, including: consumer appliances, kitchenware and construction – ERG believes these will support chrome and ferrochrome prices in the mid- to long-term. Nevertheless, in the short term there is a possibility of seeing slightly bearish market movement as large ferrochrome volumes from South Africa return to the market and chrome ore reserves in China increase, which may put some pressure on prices. 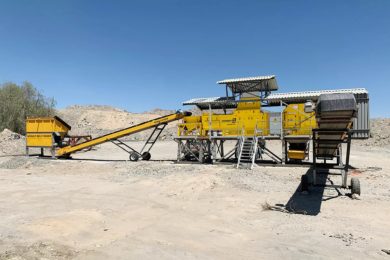 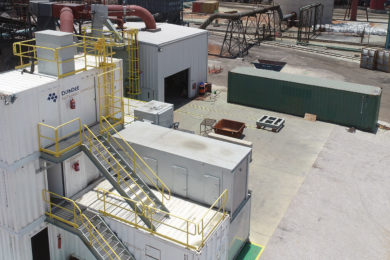 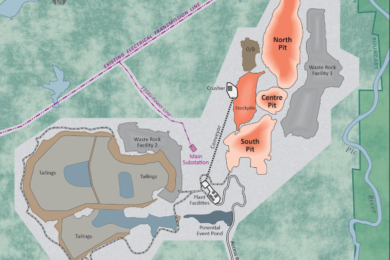