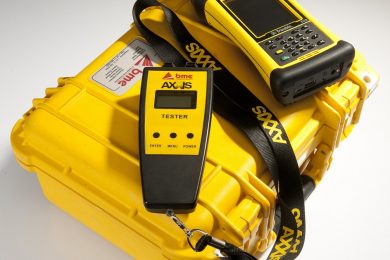 Africa-based blasting and explosives leader BME has taken its first steps into the US market with a number of successful test blasts making use of its cutting-edge digital initiation system, blast planning software and electronic detonators. This adds to the news in October 2017 that BME had broken the world record for the most electronic detonators fired in a single blast – this time in conjunction with its client Kansanshi Mining PLC at its Kansanshi operation, 80% owned by First Quantum Minerals Limited in North-Western Zambia. The blast was conducted on 29 September 2017 in the main pit of Kansanshi mine, which is the largest copper mine in Africa by copper production, and involved 6,690 electronic delay detonators (EDDs) – successfully initiated using BME’s AXXIS digital initiation system.

In the US example, according to BME global product manager (AXXIS) Tinus Brits, six blasts were successfully conducted in these recent landmark tests – providing an important indication of satisfaction and acceptance by US blast experts. “We collaborated with the experienced blasting firm Controlled Blasting Incorporated (CBI) in Georgia, who employed our AXXIS digital initiation system, our BlastMap III software and our locally manufactured electronic detonators,” said Brits. “CBI president Larry Gilmore was impressed with the results, and the added benefits of using our planning and initiation systems.” Gilmore has over 30 years’ experience in blasting and has served as president of the International Society of Explosives Engineers (ISEE); he also serves as chairman of the Georgia Blasting Safety Advisory Committee in the Georgia Insurance Commissioner’s Office.

CBI conducted the blasts in a variety of applications, one of which was very close to the Piedmont Hospital in downtown Atlanta; this was a particularly stringent test of the equipment’s ability to facilitate careful control of both fly-rock and vibration levels. “The CBI blasting team appreciated the testability of our systems – where any problems with detonators are picked up before the blast – as well as the ability to simulate the blast before it is initiated,” he said. “They also enjoyed the ease of use of both the BlastMap software and the AXXIS blast box.”