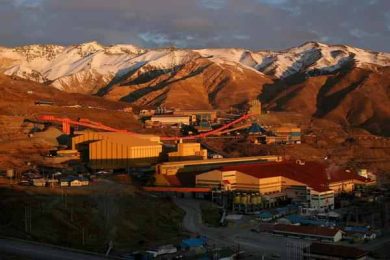 Spain’s OHL has been awarded a contract at the largest underground copper mine, El Teniente, located 120 km from Santiago de Chile.

The project has been awarded by Codelco, with a budget of approximately $20 million. The contract includes the support service to be given to the operation and maintenance of the canal for the transport of slurry, tailings and industrial wastewater in the mine. Mining commenced at El Teniente in 1905, and the mine already has over 3,000 km of underground drifts.

Under this contract, OHL is set to introduce new R&D&I technologies designed to improve the efficiency of the service of the mine, using drones that will enable observation, monitoring and inspection with detailed information and control of all of the activities of the tailing canal.

The scope of the work includes the efficient and timely ongoing maintenance, operational support and industrial washing of the equipment and installations in the various industrial wastewater, thickening and recirculation units, tailing process, hydrometallurgy process, support to maintenance service and Sewell process.

This project is added to others performed previously by OHL for Codelco. The first contract was signed in 2012 to develop a copper ore processing plant in División Ministro Hales, in Antofagasta, worth €80 million which included an EPC contract and the operation & maintenance of the system. Following this, three more operation & maintenance contracts were awarded in the same mining division (mobile crushing plant and leaching) totalling €16 million.

In early 2017, Codelco awarded OHL the €145 million contract for the expansion of the Talabre Dam in the Chilean city of Calama, in the region of Antofagasta. In the industrial sphere, OHL has performed the operation & maintenance of the rhyolite crushing plant in the Atacama Desert (Chile) for BHP.