Bald Hill on track for lithium concentrate production this quarter 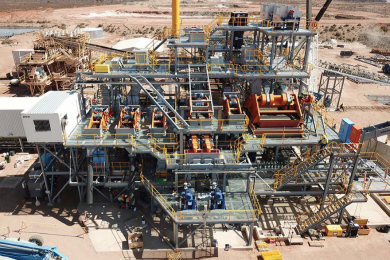 Tawana Resources and Alliance Mineral Assets Ltd (AMAL) advise that the construction and development at the Bald Hill lithium and tantalum mine, in the Eastern Goldfields region of Western Australia, is on track with lithium concentrate production to commence this quarter. Bald Hill is a joint project between Tawana and AMAL (50:50).

Tawana’s Managing Director Mark Calderwood said “The transformation on site since our last update on 28 November has been amazing, with construction pushing through the Christmas period. We are now entering the home straight with commissioning expected to commence within two months.”

Each of Tawana and AMAL executed an offtake agreement in April 2017 (and subsequent variations thereto) for the supply of lithium concentrate from Bald Hill over a five-year term with pricing for 2018 and 2019 of $880/t (FOB Esperance) for 6% Li20. The prepayments from the aforesaid offtake agreement are being used towards the capital costs of the project.

The project is located 50 km southeast of Kambalda in the Eastern Goldfields of Western Australia, and approximately 75 km southeast of the Mt Marion lithium project. A current Indicated and Inferred lithium Mineral Resource of 18.9 Mt at 1.18% Li20, and 149ppm Ta205 at a 0.5% Li20 cutoff was calculated by CSA Global Pty Ltd.

The project remains significantly underexplored and significant drilling is planned for 2018.